What is Nick Di Paolo's Net Worth?

Nick Di Paolo is an American comedian who has a net worth is $2 million. Outside of stand-up comedy, Di Paolo is best known for his various radio and podcast appearances. He regularly appeared on podcasts and radio shows and gained employment on Sirius XM before being fired in 2018. Nick then re-launched his comedy show, "The Nick Di Paolo Show," as a podcast and daily online video show.

In terms of his television work, he is also known for shows like "Tough Crowd with Colin Quinn," "Comedy Central Presents," "Louie," and "Horace and Pete. Nick has been a regular fixture on radio shows and podcasts such as "Opie and Anthony" and "The Howard Stern Show." He is also a substitute host for Dennis Miller on "The Dennis Miller Show" and for Dan Patrick on "The Dan Patrick Show".

Nicholas Rocco Di Paolo was born on January 31st of 1962 in Danvers, Massachusetts. After graduating from high school in 1980, he enrolled at the University of Maine. During his college years, he was a running back on the school's football team and studied marketing. He eventually graduated with a degree in marketing in 1984. After leaving university, Di Paolo worked a range of odd jobs. At one point, he sold meat and seafood as a door-to-door salesman. He also put his marketing degree to good use, working various office jobs in the marketing world.

However, Nick was also cultivating a passion for comedy during this period, and he was eventually coaxed into performing on stage in the Boston area by a close friend. Throughout his entire early life, Di Paolo had idolized stand-up comics like David Letterman, Mike Douglas, Jay Leno, and Robert Klein.

After he became disillusioned with his job as a fish salesman, Nick finally worked up the courage to try his hand at stand-up comedy. His first stand-up routine was in 1986 at an open mic night in Boston. He later recalled that this first routine went somewhat well, and it left him feeling motivated to continue as a full-time comic. However, his job as a salesman required him to relocate to Rhode Island, which limited his opportunities to continue performing in Boston. However, he returned to Boston by 1987 and started to appear on stage more frequently.

During this period, Nick spent many long hours honing his stand-up abilities and perfecting his routines. By 1992, he had appeared at numerous comedy clubs across the New England area, while also performing a few gigs in New York City for the first time. As the years went by, Di Paolo became more politically aware, and his blossoming ideologies started to find their way into his comedy routines. During this period, he was assisted by his manager, Barry Katz, who helped him secure more than 300 gigs during his first year alone. Eventually, Di Paolo relocated full-time to New York City, rooming with Louis C.K.

However, Nick would eventually relocate once again by 1992, this time to Los Angeles. It was here that he developed his act even further while also exploring various opportunities in film and television. One of his first TV appearances was on "The Arsenio Hall Show," and he also connected with comedian and actor Artie Lange during his time in LA. By 1999, Nick was ready to release his first stand-up album, entitled "Born This Way." 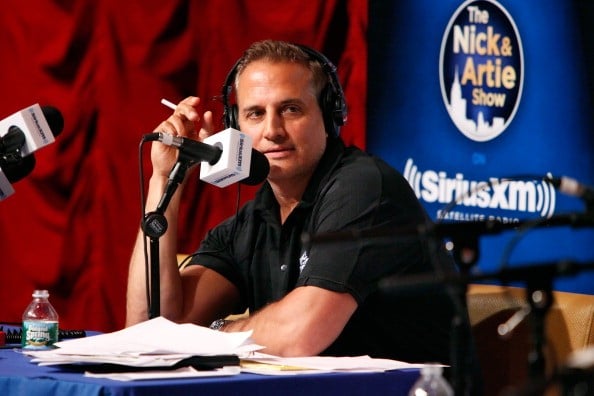 Although he was making notable progress, Di Paolo eventually became disillusioned with Los Angeles and strongly considered relocating back to New York after five years in the City of Angels. This was largely due to the fact that he was offered a writing position on "The Chris Rock Show" in the Empire State. By 2001, he and the rest of the writing team on the show had been nominated for an Emmy Award in recognition of their work. This experience encouraged Nick to write many comedy scripts in the future. He eventually settled in Queens by 2001. Over the next few years, Nick appeared on a range of TV shows, including the "Late Show with David Letterman." He also appeared on "The Howard Stern Show," which helped him raise his profile considerably.

During the early 2000s, Di Paolo secured a regular role on the show "Tough Crowd with Colin Quinn." This also led to several other appearances on Comedy Central shows, including a number of comedy roasts. By the mid-2000s, he had released his second comedy album, entitled "Road Rage." His television roles continued, and he booked a notable role as a police officer in "The Sopranos." During this period, Nick also became involved in radio hosting for the first time. He started by hosting an afternoon radio show in New York City, and later started a show on BlogTalkRadio. Over the next few years, he appeared on radio shows like "Opie and Anthony" and "The Dennis Miller Show." Towards the end of the decade, he booked a recurring role in "Lucky Louie" and later followed up with another recurring role in "Louie."

During the 2010s, Di Paolo released a comedy special and launched his own syndicated sports radio show called "The Nick & Artie Show." However, Nick was replaced as the host by Jon Ritchie, prompting Di Paolo to create his own weekly podcast called "The Nick Di Paolo Podcast." Unfortunately, he was eventually fired by SiriusXM due to controversial tweets that appeared to encourage school shooters to target "Specifically faculty lounges at Berkeley, Fresno State etc."

In 2018, Di Paolo launched a new video and audio podcast called "The Nick Di Paolo Show" on YouTube, which is free.

Nick and his wife Andrea have been married since 2003. They spent many years living in Tarrytown New York before moving to Westchester County, NY. In April 2019 they moved to Georgia. 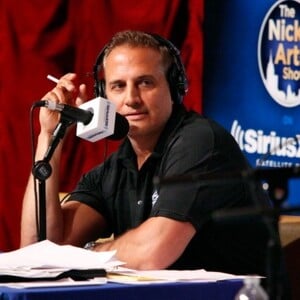