He is well known for being the long term host of the comedy radio game show Just a Minute but is also known for hosting the ITV game show Sale of the Century which had an audience of over 21 million viewers. Parsons was educated at the University of Glasgow. He was discovered by Carroll Lewis and appeared on his radio show. Parsons made his acting debuts in the 1946 TV movie Hay Fever and the 1947 film Master of Bankdam. He starred on The Eric Barker Half-Hour from 1951 to 1953 and the TV series Here and Now from 1955 to 1956. In 1960 Parsons starred in the television series Four Feather Falls. He starred on The Arthur Haynes Show from 1957 to 1965 and on the series The Ugliest Girl in Town from 1968 to 1969. In 2010 he narrated the television series The Wotwots. He was appointed Officer of the Order of the British Empire in 2004 and was promoted to Commander of the Order of the British Empire in 2014. At one time Parsons held a Guinness World Record for longest after-dinner speech (11 hours). He has also authored three books. 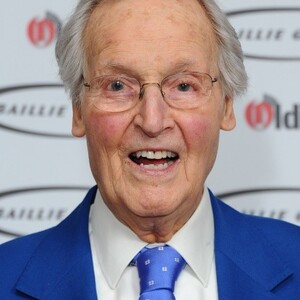