Nicholas Lyndhurst Net Worth: Nicholas Lyndhurst is an English actor who has a net worth of $5 million. Nicholas Lyndhurst was born in 1961 in Emsworth, Hampshire, England, and studied at the corona Theatre School as a child. During the '70s, he began appearing in children's programming and commercials. When he was 17 years old, Lyndhurst starred as Adam Parkinson on TV series "Butterflies" before landing parts in "Going Straight" and "Only Fools and Horses".

Lyndhurst soon became a household name as Rodney Trotter in the series. The show ran for seven seasons with 64 episodes. Lyndhurst went on to appear in "The Two of Us", "The Piglet Files", and "Goodnight Sweetheart". During the '90s, he scored a deal with People's Phone, appearing as the face of the company on TV and as the business' voice on the radio. He later advertised for WH Smith. Lyndhurst was honored with a BAFTA Award for his advertising work. He has starred in "Porridge", "After You've Gone", "Rock & Chips", "New Tricks", "Gulliver's Travels", "David Copperfield", and "To Serve Them All My Days". Lyndhurst has been married to his wife, ex-ballet dancer Lucy, since 1999. They have one child together, a son named Archie Bjorn Lyndhurst, who was born in 2000. 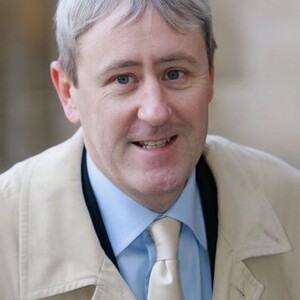