Nicholas Guest net worth: Nicholas Guest is an American actor and voice actor who has a net worth of $4 million. Nicholas Guest was born in New York City, New York in May 1955. He has about 200 acting credits to his name starting in 1978. Guest starred as Patrick Elliott on the television series USA High from 1997 to 1999.

He has also appeared in or provided voices for The Mummy, Ben 10, Justice League, Godzilla: The Series, Batman: The Brave and the Bold, Sons of Anarchy, Sleepy Hollow, Big Hero 6, Frozen, National Lampoon's Christmas Vacation, Over the Hedge, The Penguins of Madagascar, Rio, Star Trek 3: The Wrath of Khan, Terminator 3: Rise of the Machines, The Joy Luck Club, and more. He is the brother of Christopher Guest (which means his sister in law is Jamie Lee Curtis) and the half brother of Anthony Haden-Guest. Nicholas Guest is the son of the Peter Haden-Guest, 4th Baron Haden-Guest. 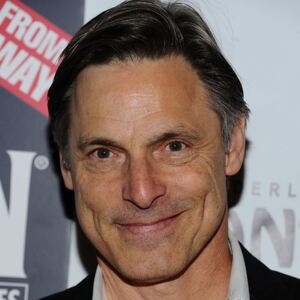