How much is Nicholas Brendon Worth?

Nicholas Brendon net worth: Nicholas Brendon is an American actor who has a net worth of $3 million. Nicholas Brendon is probably most famous from his role of Xander Harris in the television series Buffy the Vampire Slayer from 1997 to 2003. Nicholas was born on April 12, 1971 in Los Angeles, California. He grew up wanting to become a professional baseball player but his career was hindered by an arm injury. He first attempted to break into Hollywood at the age 20 but ended up going back to school to study medicine. After that he tried a variety of different professions including plumber's assistant, veterinary janitor, day care counselor, waiter and production assistant television show Dave's World. He eventually made it back to Hollywood where he found success. Some of Brendon's notable roles include an ABC Family TV movie Relative Chaos, a recurring role of FBI technical analyst Kevin Lynch on the TV series Criminal Minds and a 3-episode role on ABC's Private Practice playing Lee McHenry, a mentally disturbed man who assaults Charlotte King. Brendon was the first person to serve the role of honorary chairperson of the Stuttering Foundation of America's Stuttering Awareness Week for three consecutive years, from 2000 to 2003. He has been a long term sufferer of alcoholism, he first sought help for this problem in 2004. Unfortunately he relapsed and was charged with four misdemeanors. In 2010 he checked himself into the SOBA Recovery Center in Malibu due to use of alcohol and sleeping pills. 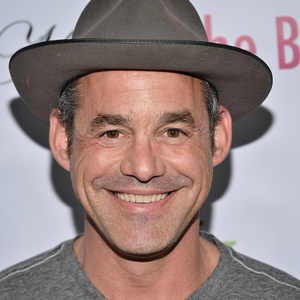