Nicholas Braun net worth: Nicholas Braun is an American actor and musician who has a net worth of $3 million. Nicholas Braun was born in Bethpage, New York in May 1988. As an actor he starred as Cameron James on the television series 10 Things I Hate About You from 2009 to 2010. Braun starred as Clyde on the TV series Poor Paul from 2008 to 2011.

In 2012 he starred as Rob on the series Friend Me. Nicholas Braun began starring as cousin Greg Hirsch on the television series Succession in 2018. He has appeared in the films Sky High, The First Time, Red State, Chalet Girl, Prom, The Watch, The Perks of Being a Wallflower, At Middleton, Date and Switch, The Stanford Prison Experiment, Poltergeist, Freaks of Nature, How to Be Single, Whiskey Tango Foxtrot, Get a Job, Good Kids, and The Year of Spectacular Men. Nicholas Braun was nominated for a Young Artist Award in 2002 for Walter and Henry and for a TV Guide Award in 2009 for 10 Things I Hate About You. 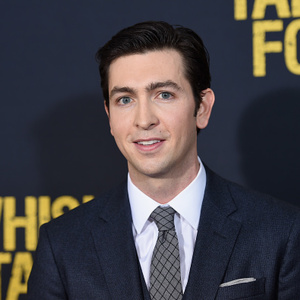