Niall Matter Net Worth and Salary: Niall Matter is a Canadian-American actor who has a net worth or $4 million. Niall Matter was born in Edmonton, Alberta, Canada in October 1980. He is a third-generation oil rigger and spent eight years working on oil rigs in Northern Alberta before entering the entertainment industry. At the age of 25 he had a serious accident while working on a rig that put him in the hospital and required six months of rehab. He very nearly lost his right leg. He ended up returning to work at the rigs but upon witnessing another serious injury in which a man lost both legs, he decided to quit. Niall returned to Vancouver where he tended bar while trying to break into the acting world.

Niall's first appearance came starring in the TV series The Best Years in 2007. He then landed a recurring role in the series Stargate: Atlantis followed by a role in the 2008 TV movie Beyond Loch Ness. From 2009 to 2010 he had a recurring role on Melrose Place as Rick Paxton, and from 2011 to 2012 Matter played Greg on the rebooted version of 90210. From 2007 to 2012, Niall starred as Zane Donovan on the TV series Eureka (also known as "A Town Called Eureka). From 2012 to 2013 he starred as Evan Cross on the series Primeval: New World. In 2014 Niall starred in the series Arctic Air and Tag Cummins. He has starred in the films Watchmen and Exley. He has also appeared in episodes of Fear Itself, Warehouse 13, and Motive. In 2013 Matter was nominated for a Leo Award for Best Lead Performance by a Male in a Dramatic Series. As for his personal life, Niall Matter at one time dated his Graceland co-star Serinda Swan. He married a longtime girlfriend named Sara in 2016. Today Sara and Niall have two children together.

Niall Matter Eureka Salary: At his peak as a main cast member from the third season onward, Niall's salary per episode of Eureka was $60,000. For seasons 3, 4 and 5 he earned around $500,000 per year for his work on the show. 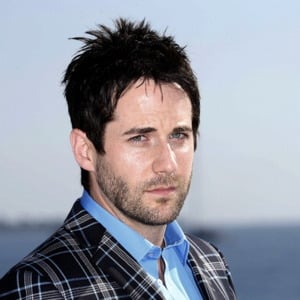