Nely Galán net worth: Nely Galán is a Cuban American television producer and executive who has a net worth of $5 million. Nely Galán was born in Santa Clara, Cuba in 1963. When she was two years old her parents moved to Teaneck, New Jersey. Galán submitted an article to Seventeen magazine in high school and she became a guest editor which led to a permanent job.

She became the youngest station manager in the nation at 22 for WNJU TV Channel 47 in New York. She formed a joint venture with HBO called Tropix in 1992 which originated Latino content for cable TV. She also worked as a consultant for HBO and Time Warner and created many shows and launched HBO Ole. In 1994 she joined the Fox Corporation to help create content for Fox. The same year she founded Galan Entertainment. In 1998 Galán was named the President of Entertainment for Telemundo. She created the Fox reality TV series The Swan in 2004 and also wrote and executive produced the series. Galán also competed on The Celebrity Apprentice in 2008. In November 2012 she was added to the advisory board of The National Hispanic University. 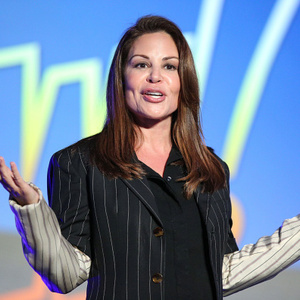