Nelsan Ellis Net Worth: Nelsan Ellis is an American actor who has a net worth of $3 million dollars. Born November 30, 1978 in Hilton Harvey, Illinois, he trained at the Juilliard School in New York City and spent several years as a stage actor before achieving breakout success on television in 2008, when he landed the role of Lafayette Reynolds on the hit HBO vampire series True Blood.

A good athlete, with no thought of becoming an actor, Ellis' teachers persuaded him to take the role of Junie in the play The Colored Museum. Though he was hooked on acting by the time he graduated, Ellis joined the U.S. Marine Corps for a time. His love of acting proved too strong to ignore and he eventually enrolled in the prestigious Juilliard School in New York City to study drama. At Juilliard, Ellis wrote his first stage play, Ugly, a story of "unconditional love and how it masks a multitude of sins," according to Ellis. Based on the horrific murder of his sister, Ugly sheds light on the often ignored issue of domestic violence in families. This dark and provocative work won Nelsan Ellis the Lincoln Center's Martin E. Segal Award. He would spend the next seven years dedicated to the world of stage and drama. Following appearances in a number of small television roles, Nelsan Ellis achieved breakout success in 2008 when he landed the role of Lafayette on the hit HBO vampire series True Blood. 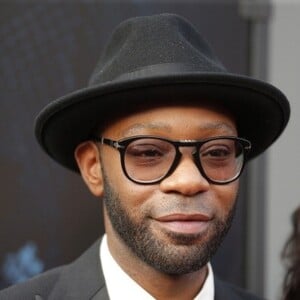