Nell Carter net worth: Nell Carter was an American singer and actress who had a net worth of $2 million. Nell Carter was born in Birmingham, Alabama in September 1948 and passed away in January 2003. She was best known for starring as Nellie Ruth "Nell" Harper on the television series Gimme a Break!

from 1981 to 1987. From 1978 to 1979 Carter starred as Ethel Green in the TV series Ryan's Hope. She starred as Sgt. Hildy Jones in the series The Misadventures of Sheriff Lobo from 1980 to 1981. Carter starred as P.J. Moore in the television series Hangin' with Mr. Cooper from 1993 to 1995. From 1990 to 1991 she had a recurring role as Nell Kirkland in the TV series You Take the Kids. Carter starred in the movies Hair, Back Roads, Modern Problems, The Crazysitter, The Grass Harp, The Proprietor, Fakin' Da Funk, Follow Your Heart, Special Delivery, Perfect Fit, Swing, and Back by Midnight. She won a Primetime Emmy Award in 1982 for Ain't Misbehavin' and was nominated for two Golden Globe Awards. Carter won a Tony Award for starring in the Broadway musical Ain't Misbehavin'. Nell Carter passed away on January 23, 2003 at 54 years old from heart disease complicated by diabetes. 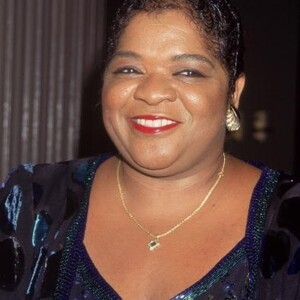