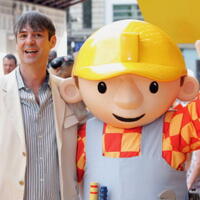 Neil Morrissey net worth: Neil Morrissey is an English actor, media personality and also a businessman whose net worth stands at the value of $5.8 Million. Born to Irish parents Larry and May in Stafford, he and his brother were separated from their parents legally. He grew up alone in different foster homes from that of his brother. Morrissey spent most of his childhood time at the Penkhull Children's Home. He had advertised for foster parents when he was studying in high school. He spent two years living with his family and his friend Mark Langston after he left his foster home.
He initiated his acting career after leaving Guidhall by landing his first role in The Bounty which starred huge stars like Mel Gibson, Anthony Hopkins and Laurence Olivier. He also appeared in episode 5 of the 5th series of Juliet Bravo, the police drama series. He rose to fame in mid 80's playing dim biker Rocky in the drama series Boon. He appeared playing the lead character Noddy in the British horror film in the year 1990.

He too starred in Shakespeare's Birthday, a comedy drama where he played a coach driver, in 1999. He then starred in rugby league based movie called Up n Under. He too lent his voice in children's TV series Bob the Builder where he voiced many characters including the lead one.
He finally returned to TV screens by starring in drama series Paradise Height in 2002. He too appeared in Carry and Barry, the BBC sitcom that aired between 2004 to 2005. He has recently been actively investing his earnings in various projects which too include production companies including his own.