Neal Dodson net worth: Neal Dodson is an American film producer who has a net worth of $10 million. Neal Dodson was born in York, Pennsylvania in May 1978. He has produced several films including Margin Call, Periods., Breakup at a Wedding, Banshee Chapter, Hateship Loveship, Hollidaysburg, A Most Violent Year, Aardvark, Never Here, Jonathan, Viper Club, and more.

Dodson produced the TV series documentary The Chair in 2014. He has also produced several shorts including Chinese Dream, Shade, Numero Dos, Another Cinderella Story, Buddy 'n' Andy, Bordeaux, Hostage: A Love Story, Before After, Forefathers, Hags, Before After II, Last Guy on Earth, Nam, DEC. 26, Viking Wives, Re:Creation, Dog Eat Dog, Fops, East of Eden, Couch, and more. As an actor Neal Dodson appeared in episodes of the TV series All My Children and Guiding Light. In 2012 he won an Independent Spirit Award for Best First Feature for Margin Call. 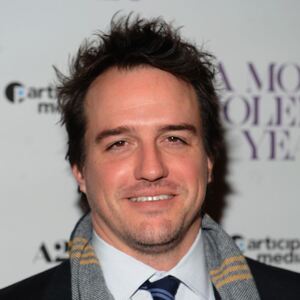