N'Bushe Wright net worth: N'Bushe Wright is an American actress and dancer who has a net worth of $1 million. N'Bushe Wright was born in Brooklyn, New York City, New York in September 1970. She is best known for starring as Dr. Karen Jenson in the movie Blade in 1998. Wright studied at the High School for the Performing Arts.

She has had recurring roles in the TV series I'll Fly Away as Claudia Bishop from 1992 to 1993, New York Undercover as Carol in 1996, UC: Undercover as Keisha in 2001, and Windows as Bella in 2002. N'Bushe Wright has also appeared in several other movies including Civil Brand, 3 Strikes, Dead Presidents, Fresh, and Zebrahead. In 2003 she was nominated for an Image Award for Outstanding Actress in a Television Movie, Mini-Series or Dramatic Special for Widows. Her latest appearance was in the film A Talent for Trouble in 2015. 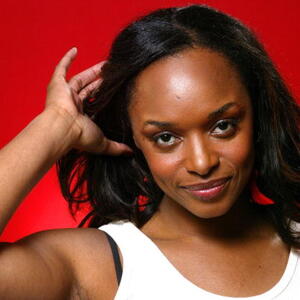