Naya Rivera net worth and salary: Naya Rivera was an American actress, singer and media personality who had a net worth of $5 million at the time of her death in July 2020. Naya Rivera first became internationally famous thanks to her role as the cold-hearted and vicious cheerleader Santana Lopez on the musical comedy television series Glee.

Early Life: She was born on January 12, 1987 in Valencia, California. Rivera is one quarter African, one quarter German and half Puerto Rican. Her mother had moved to Los Angeles to pursue a career in modeling. When she was just 9 months old, Naya began being represented by her mother's talent agent. She was just a baby when she started appearing in commercials for Kmart, however she did not get her first significant acting job until she was four when she began starring as Hillary Winston in the sitcom The Royal Family, a series that was produced by Eddie Murphy from 1991 to 1992. Naya appeared in 15 episodes before the show was canceled after star Redd Foxx suffered a heart attack and could not return to production.

Rivera received a Young Artist Award nomination for her performance. She has starred in many small roles on major TV shows such as; The Fresh Prince of Bel-Air, Family Matters, Smart Guy, Baywatch, The Bernie Mac show, 8 Simple Rules and CSI: Miami. In 2002, she appeared in the music video for B2K's "Why I love You".

In May 2011 she hosted the GLAAD Media Awards in San Francisco, later that same month she announced a signed deal with Columbia Records to produce a solo album.

Glee: Naya's big break came in 2009 when she began starring as Santana Lopez on the Fox singing drama Glee. She was a recurring role in seasons 1 and 6 and a main cast member in seasons 2 through 5. In total she appeared in 99 of Glee's 121 total episodes. The role led to Naya receiving a number of award nominations. 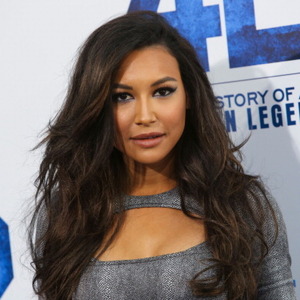