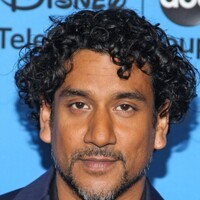 What is Naveen Andrews' Net Worth and Salary?

Naveen Andrews is a British actor who has a net worth of $5 million. Naveen Andrews is an actor, best known for playing Sayid Jarrah on the hit ABC television series "Lost" from 2004 to 2010. Since then, he has had notable roles on such series as "Once Upon a Time in Wonderland," "Sense8," "Instinct," and "The Dropout." Andrews has also been in a number of films, including "The English Patient," "Mighty Joe Young," "Bride and Prejudice," "The Brave One," and "Diana."

Naveen Andrews was born on January 17, 1969 in the Lambeth district of South London, England to Indian immigrant parents Stanley and Nirmala. He was raised in Wandsworth Town as a Methodist, and went to Earlsfield Junior School. Andrews subsequently attended Emanuel School. He went on to enroll at the Guildhall School of Music and Drama in London, where he was classmates with actors David Thewlis and Ewan McGregor.

Andrews had his first television role in the 1992 television film "Double Vision," starring Kim Cattrall. He was subsequently in the 1993 four-part British serial "The Buddha of Suburbia," based on the eponymous novel by Hanif Kureishi. Andrews starred as the protagonist, Karim Amir, a mixed-raced teen living in 1970s South London. Following this, he was in the television films "The Peacock Spring," "My Own Country," and "The Chippendales Murder." Andrews landed his most famous role in 2004 on the ABC drama series "Lost." He played Sayid Jarrah, an Iraqi communications officer who crash-lands on a strange island with a planeload of passengers who are connected in mysterious ways. For his role, Andrews earned Emmy and Golden Globe Award nominations. With the cast, he also won the SAG Award for Outstanding Performance by an Ensemble in a Drama Series.

While he was still on "Lost" in 2006, Andrews played Menerith in a television miniseries adaptation of "The Ten Commandments." Later, after "Lost" ended, he played Lord Akbari on the British action-adventure fantasy series "Sinbad." From 2013 to 2014, Andrews portrayed the Disney character Jafar on the ABC fantasy series "Once Upon a Time in Wonderland." His next starring role was on the Netflix science-fiction series "Sense8," which ran from 2015 to 2018. Following this, Andrews played the main role of computers specialist Julian Cousins on the CBS police procedural series "Instinct." In 2022, he starred as Sunny Balwani opposite Amanda Seyfried in the Hulu miniseries "The Dropout," about disgraced biotech entrepreneur Elizabeth Holmes and her company Theranos. 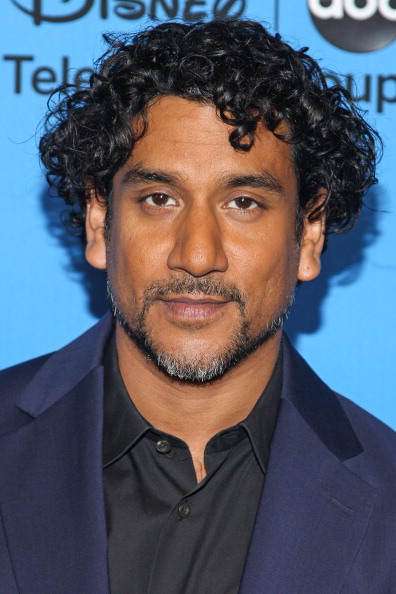 On the big screen, Andrews made his debut in the 1991 film "London Kills Me," written and directed by Hanif Kureishi. Next, in 1992, he starred opposite Ravi Kapoor and Ronny Jhutti in the comedy "Wild West." Andrews had his biggest year on film yet in 1996; in addition to costarring in Mira Nair's historical romance film "Kama Sutra: A Tale of Love," he had a memorable supporting role as a British Army officer in another historical romance, Anthony Minghella's "The English Patient." Based on the eponymous novel by Michael Ondaatje, "The English Patient" won nine Academy Awards, including Best Picture. Andrews subsequently costarred alongside Miranda Otto in the 1997 Australian road film "True Love and Chaos." The year after that, he starred in the Indian comedy "Bombay Boys" and had a supporting role in the adventure film "Mighty Joe Young."

In 2002, Andrews appeared in the remake of the science-fiction sports film "Rollerball," starring Chris Klein, LL Cool J, Jean Reno, and Rebecca Romijn. He was next in the romantic comedy "Easy" and the Bollywood-style romantic drama "Bride and Prejudice," directed by Gurinder Chadha and starring Martin Henderson and Aishwarya Rai. Andrews reunited with Rai in 2006 in the British biographical drama "Provoked." In 2007, he played doctors in two films: Robert Rodriguez's action-horror comedy "Planet Terror" and Neil Jordan's psychological thriller "The Brave One." Later, in 2013, Andrews portrayed real-life Pakistani surgeon Dr. Hasnat Khan in the biographical drama "Diana," about the final years in the life of the Princess of Wales.

While he was a teenage student at Emanuel School, Andrews began a relationship with his 30-year-old math teacher Geraldine Feakins. He eventually moved in with her to find refuge from his abusive home, causing his parents to shun him. In 1992, a year after their relationship ended, Andrew and Feakins had a son named Jaisal. Later, in 1998, Andrews began dating actress Barbara Hershey. During a period of separation from Hershey in 2005, he had a son with actress Elena Eustache. Following a long custody battle, Andrews gained sole custody of their child. He eventually reconciled with Hershey before the two finally split in 2010. That year, Andrews became a naturalized citizen of the United States.