Nathan West Net Worth: Nathan West is an American actor who has a net worth of $2 million. Nathan West was born in Anchorage, Alaska in September 1978. He had an uncredited role in the 1994 movie D2: The Mighty Ducks. West made his television debut in 1998 with a recurring role as James Parrish in the series The Practice.

From 2000 to 2001 he had a recurring role as Johnny on the television series 7th Heaven. West has starred in the movies Bring It On, Not Another Teen Movie, Home Room, Miracle, Forever Strong, and Alleged. He has also appeared in episodes of the TV shows The Adventures of A.R.K., ER, Smart Guy, Chicago Hope, Safe Harbor, Saving Graces, Get Real, That '80s Show, Demontown, Boomtown, Septuplets, Bones, and Grey's Anatomy. West made his Broadway debut in Fall of 2014 starring as Michael Astor in the new play The Country House which also stars Blythe Danner. Nathan married co-star Chyler Leigh in 2002 and the couple has three children together. 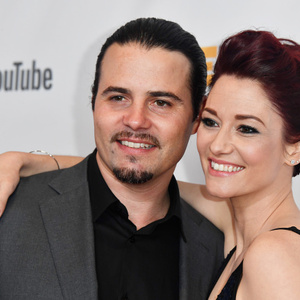