Early Life: Nathan Lane was born Joseph Lane on February 3, 1956, in Jersey City, New Jersey. His father, Daniel, a truck driver/aspiring singer, passed away from alcoholism when Nathan was 11 years old, and his mother, Nora, who died in 2000, suffered from bipolar disorder and worked as a secretary. Lane grew up in a Catholic household with older brothers Robert and Daniel Jr., and he attended St. Peter's Preparatory School. At St. Peter's, Nathan was voted Best Actor during his senior year (1974), and in 2011, he was honored with the school's Prep Hall of Fame Professional Achievement Award.

Career: Though Nathan received a drama scholarship to Philadelphia's Saint Joseph's University, he decided to work instead after he realized that his scholarship wouldn't cover enough of his college expenses. A different actor named Joseph Lane had already registered with Actors' Equity, so inspired by the "Guys and Dolls" character Nathan Detroit, Lane decided to start using the first name Nathan. After moving to New York City, he briefly performed stand-up comedy, then began appearing in Off-Broadway productions. He first appeared on Broadway in 1982, playing Roland Maule in Noël Coward's "Present Laughter," a role that earned him a Drama Desk Award nomination. Nathan then appeared in Broadway productions of "Merlin" (1983), and "Wind in the Willows" (1985). He made his TV debut in the 1981 miniseries "Jacqueline Susann's Valley of the Dolls," and in 1982, he played Jonathan Burns on the NBC sitcom "One of the Boys." Lane first graced the big screen in 1987's "Ironweed," and he soon appeared in "Joe Versus the Volcano" (1990), "He Said, She Said" (1991), "Frankie and Johnny" (1991), "Life with Mikey" (1993), and "Addams Family Values" (1993). In 1994, he voiced Timon in "The Lion King" and he reprised his role in the direct-to-video movies "The Lion King II: Simba's Pride" (1998) and "The Lion King 1½" (2004) and the TV series "Timon & Pumbaa" (1995).

In 1992, Lane starred as Nathan Detroit in a Broadway revival of "Guys and Dolls" and earned his first Tony nomination. That year he also received an Obie Award for Sustained Excellence of Performance. Nathan has appeared in several plays by Terrence McNally, including "The Lisbon Traviata," "Love! Valour! Compassion!," and "Lips Together, Teeth Apart." Nathan co-starred with Robin Williams in the 1996 film "The Birdcage" and hosted "Saturday Night Live" in 1997, and he appeared on "Frasier" (1995) and "Mad About You" (1998), earning Primetime Emmy nominations for Outstanding Guest Actor in a Comedy Series. In 2001, he starred in "The Producers" on Broadway alongside Matthew Broderick, and the duo reprised their roles in the 2005 film of the same name. Lane and Broderick would team up again for Broadway productions of "The Odd Couple" (2005) and Terrence McNally's "It's Only a Play" (2014). In 2010, Nathan played Gomez in the musical "The Addams Family," receiving Outer Critics Circle and Drama Desk nominations for his performance. That year he was honored with a Drama League Award for Distinguished Achievement in Musical Theater, and he landed a recurring role as Pepper Saltzman on ABC's "Modern Family." 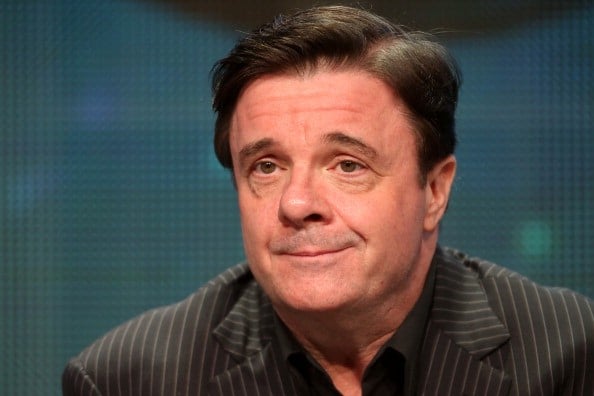 In 2012, Lane starred as Hickey in "The Iceman Cometh" at Goodman Theatre in Chicago and began playing Clarke Hayden on the CBS series "The Good Wife." He received the Eugene O'Neill Theater Center Monte Cristo Award in 2015, and in 2016, he portrayed F. Lee Bailey on the true crime anthology series "The People v. O.J. Simpson: American Crime Story" and appeared in the plays "White Rabbit, Red Rabbit" and "The Front Page." Nathan starred as Roy Cohn in Tony Kushner's "Angels in America," appearing in a London production in 2017 and a Broadway production in 2018. In 2020, he played Lewis Michener on the Showtime series "Penny Dreadful: City of Angels," and it was announced that he would be starring as Willy Loman in a 2021 revival of "Death of a Salesman." In early 2021, Lane joined the cast of the Steve Martin-Martin Short Hulu series "Only Murders in the Building."

Personal Life: Lane has said that when he told his mother he was gay, her response to 21-year-old Nathan was, "I'd rather you were dead." Lane replied, "I knew you'd understand," and he later quipped, "Once I got her head out of the oven, everything went fine." Nathan publicly came out in 1999 after the murder of Matthew Shepard, and he has served on the board of Broadway Cares/Equity Fights AIDS. His work with the LGBT community has earned him the Human Rights Campaign Equality Award, The Trevor Project Hero Award, the Gay & Lesbian Alliance Against Defamation Vito Russo Award, and the Matthew Shepard Foundation Making A Difference Award. Lane married writer/theatre producer Devlin Elliott on November 17, 2015, after 18 years together.

Awards and Nominations: Lane has earned six Tony nominations, winning Best Actor in a Musical for "A Funny Thing Happened on the Way to the Forum" (1996) and "The Producers" (2001) and Best Featured Actor in a Play for "Angels in America" (2018). For his theatre work, he has also won six Drama Desk Awards and an Olivier Award. Nathan has received six Primetime Emmy nominations for "Frasier," "Mad About You," "Modern Family," and "The Good Wife," and he has won two Daytime Emmys for Outstanding Performer in an Animated Program, for "Timon & Pumbaa" in 1996 and "Teacher's Pet" in 2001. He has received two Golden Globe nominations for Best Performance by an Actor in a Motion Picture – Comedy or Musical, for "The Birdcage" in 1997 and "The Producers" in 2006, and he won an American Comedy Award for Funniest Actor in a Motion Picture (Leading Role) for "The Birdcage."

The cast of "The Birdcage" earned a Screen Actors Guild Award for Outstanding Performance by a Cast, and Lane and his "Nicholas Nickleby" co-stars won a National Board of Review Award for Best Acting by an Ensemble. Nathan received a People's Choice Award for Favorite Male Performer in a New Television Series for "Encore! Encore!" in 1999, and he earned a DVD Exclusive Award for Best Animated Character Performance (Voice and Animation in a DVD Premiere Movie) for "The Lion King 1½" in 2005. In 2006, Lane received a star on the Hollywood Walk of Fame in a joint ceremony with frequent collaborator Matthew Broderick. 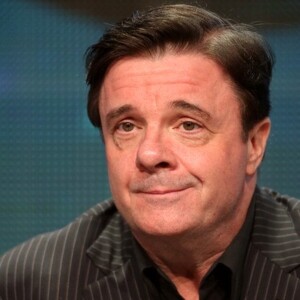