What is Nathan Kress's Net Worth?

Nathan Kress is an American actor and model who has a net worth of $1.5 million. Nathan Kress broke into the entertainment industry as a child model when he was a toddler. He landed a part in "Babe: Pig in the City", but decided to leave acting to go to school when he was six years old. Five years later, Kress returned to show business after a school play rekindled his love of acting. He appeared on "Jimmy Kimmel Live!" before scoring parts on "House M.D.," Without a Trace", "The Suite Life of Zack & Cody", and "Standoff". He appeared on "Drake & Josh" on Nickelodeon in a small part that would soon catapult him to success on the hit series "iCarly" as Fredward Benson. Kress' other TV and film credits include "Gym Teacher: The Movie", "iCarly: iGo to Japan", "CSI: Crime Scene Investigation", "The Penguins of Madagascar", and "Chicken Little". Kress is active in a variety of organizations, including the Make-A-Wish Foundation and The Big Green Help. He went overseas to help build houses with the Youth With A Mission organization with his entire family.

Kress was born on November 18, 1992 in Glendale, California. He grew up with his two brothers, Andrew and Kevin. When Kress was four years old, he began his career in show business by modeling for various print advertisements and in commercials. His mother had noticed he had a natural talent for reenacting the shows he saw on television and she took him to an open showcase audition where he was signed to a talent agent. He took a break from show business at the age of six in order to attend school. He did not begin acting professionally again until the age of eleven.

When Kress was 11 years old he was cast in the lead role in a school performance of "The Emperor's New Clothes." The opportunity rekindled his interest in performing and his parents allowed him to be homeschooled in order for him to pursue acting. In April of 2005, Kress made his first live television appearance since returning to acting in a comedy sketch on "Jimmy Kimmel Live!" In the sketch, he played a young Simon Cowell on "American Idol." Over the next year, he would make five more appearances in various sketches on the show.

Kress also landed guest-starring roles on dramatic series like "House," "Standoff," and "Without a Trace." He also appeared in the Disney Channel comedy series "The Suite Life of Zack & Cody" as well as several short films like "Pickled," "Magnus, Inc.," and "Bag." For "Bag," he was awarded a 168 Film Festival Jury Award for his portrayal of a small-time drug dealer.  He also did some work as a voice actor, lending his voice to characters in "Chicken Little" and "Shuriken School."

In February of 2006, Kress landed a small role on the popular Nickelodeon series "Drake & Josh." He played the role of the character Toplin, a geeky kid who had a crush on Drake & Josh's younger sister, Megan, who was played by actress Miranda Cosgrove. The small role would eventually lead to him landing his most well-known role in the "iCarly" series. The show creator and executive producer of "Drake & Josh" was Dan Schneider, who was impressed with Kress's performance. Schneider remembered his performance six months later when he was casting "iCarly." Kress was invited to audition and ultimately landed the role of Freddie in the series.

"iCarly" debuted on Nickelodeon in September of 2007. The show quickly became a fan favorite. Kress's character on the show, Freddie, is the fictional technical producer of the web-show iCarly, which stars his two best friends played by Jennette McCurdy and Miranda Cosgrove. The show became the most-watched show aimed at tweens on Nickelodeon and catapulted Kress to fame. He remained on the show until it concluded in 2012, appearing in a total of 94 episodes. 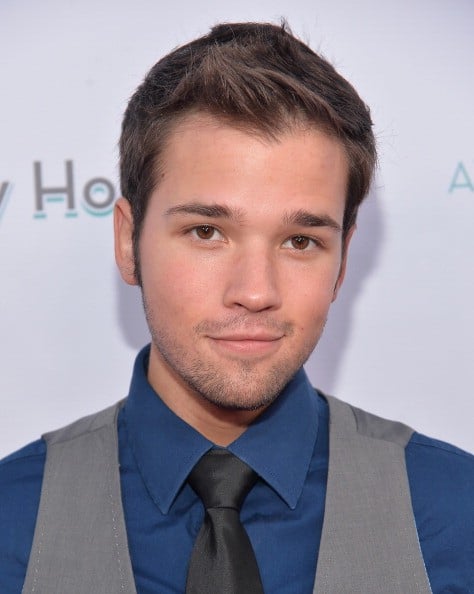 While Kress did appear in the Nickelodeon television movie "Gym Teacher: The Movie" in 2008, he was otherwise unable to take on other acting projects while filming the early seasons of "iCarly" as the network filmed seasons back to back. In 2010, he was able to appear in a guest role in "CSI: Crime Scene Investigation." He also appeared in "True Jackson, VP" and voiced a character in the animated series "The Penguins of Madagascar."

In 2014, Kress reprised his role of Freddie in the "iCarly" spin-off, "Sam & Cat." The same year, he also co-starred in his first major film, "Into the Storm." He also had a major role in the web show, "Video Game High School." In 2015, he tried his hand at something different by directing "Henry Danger." In 2019, he started a podcast called "RadioActiveDads" which was co-hosted by Brett Davern. The same year, he also appeared in the series "Pinky Malinky" as character JJ Jameson. In March of 2021, it was announced that "iCarly" was going to be revived. The revived series premiered on Paramount+ in June of 2021. Kress reprised his role as Freddie in the revived series. He also directed three episodes of the series.

In May of 2015, Kress got engaged to his girlfriend, actress and stunt performer London Elise Moore. They had both acted in "Into the Storm" together. They married in November of 2015. The couple had their first child together, a daughter, in December of 2017. In October of 2020, Kress announced that him and his wife were expecting their second child. Moore gave birth to another daughter in March of 2021.

Kress is involved in a number of charitable causes like The Big Green Help, the Make-A-Wish Foundation, and The Starlight Children's Foundation. He also has been involved with the Youth With A Mission organization.