Nathalie Emmanuel net worth and salary: Nathalie Emmanuel is an English actress who has a net worth of $4 million. She is probably best-known for her role on the series Game of Thrones and in the Fast and the Furious film franchise.

Nathalie Emmanuel was born in Southend-On-Sea, Essex, England in March 1989. She is best known for starring as Missandei on the HBO television series Game of Thrones. At 10 years old she starred in the Wed End production of The Lion King. From 2007 to 2010 Emmanuel starred as Sasha Valentine in the TV series Hollyoaks. Emmanuel starred as Carla in the movie Twenty8k in 2012.

From 2013 to 2019, she starred as Missandei in the series Game of Thrones. She was initially a supporting cast member and was promoted to the main cast in 2015. Also in 2015 she appeared as Ramsey in the film Fast & Furious 7. She re-prised her role in 2017's The Fate of the Furious and 2020's Fast and Furious.

She was nominated for Screen Actors Guild Awards in 2014 and 2015 for Outstanding Performance by an Ensemble in a Drama Series for Game of Thrones. 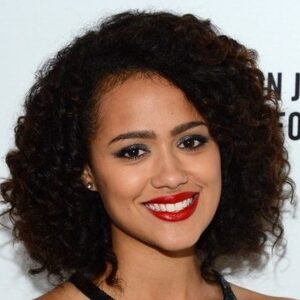