Nathalie Baye Net Worth: Nathalie Baye is a French actress who has a net worth of $5 million. Nathalie Baye was born in Mainneville, Eure, France in July 1948. Baye studied dance and graduated from the Conservatoire with a second prize in comedy, dramatic comedy, and foreign theater. Baye's television debut came in the series Au theatre ce soir in 1970.

Her film debut came in the 1972 movie Faustine et le bel ete in 1972. Baye has over 90 acting credits to her names. She has won Cesar Awards for Sauve qui peut (la vie), Une etrange affaire, La Balance, and La Petit Lieutenant. Baye has also been nominated five other times for Cesar Awards. Baye starred as Veronique in the TV series La collection – Ecrire pour…5 fois Nathalie Baye in 2011 and has Anne Visage in the series Les hommes de l'ombre in 2012. She has also starred in the films Day for Night, The Mouth Agape, The Man Who Loved Women, Monsieur Papa, Solemn Communion, The Green Room, Every Man for Himself, A Week's Vacation, Strange Affair, The Return of Martin Guerre, Detective, The Man Inside, 'Massacre Play, The Timekeeper, And the Band Played On, Paparazzi, Venus Beauty Institute, Catch Me If You Can, The Flower of Evil, French California, Tell No One, and Laurence Anyways. She has also won awards at the Venice International Film Festival, Seattle International Film Festival, and San Sebastian International Film Festival. In 2008 she was awarded an Ordre national de la Legion d'honneur. 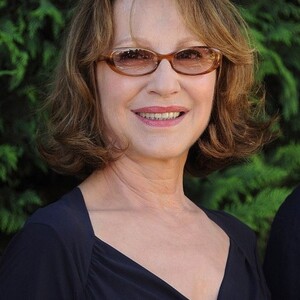