How much is Nate Parker Worth?

Nate Parker net worth: Nate Parker is an American actor, director, writer, producer, and musical performer who has a net worth of $3 million. Nate Parker was born in Norfolk, Virginia in November 1979. He was an athlete in school but was noticed at a modeling convention while working as a computer programmer. As an actor he has starred in the movies Cruel World, Dirty, Pride, The Great Debaters, Tunnel Rats, Felon, The Secret Life of Bees, Rome & Jewel, Blood Done Sign My Name, Red Tails, Arbitrage, Red Hook Summer, Ain't Them Bodies Saints, Non-Stop, About Alex, Every Secret Thing, Beyond the Lights, and Eden. Parker produced the films Magic City Memoirs, Resurrecting Love: The Cemetery That Can Heal a Nation, Portion, Ghost Team One, Lu, and Eden. Parker won a Black Reel Award in 2015 for Outstanding Independent Short for #AmeriCan. He has also been nominated for three Image Awards. 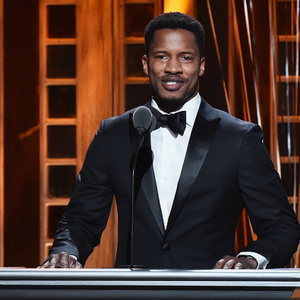