Natassia Malthe Net Worth: Natassia Malthe is a Norwegian model and actress who has a net worth of $2 million. Natassia Malthe was born in Oslo, Norway in January 1974. She studied dance at the Royal Winnipeg Ballet, Norwegian Opera House, and Goh Ballet Academy. Her television acting debut came in the series Viper in 1996.

In 1998 she made her film debut starring as Mary Jo Copeland in the movie Disturbing Behavior. Malthe has had recurring roles in the TV mini-series Fallen and Knights of Bloodsteel. She has also starred in the movies Lake Placid, Me, Myself & Irene, 40 Days and 40 Nights, Stark Raving Mad, Halloween: Resurrection, A Guy Thing, Call Me: The Rise and Fall of Heidi Fleiss, Chicks with Sticks, Elektra, Wish You Were Here, Awake, Chaos, Devil's Highway, Skinwalkers, DOA: Dead or Alive, Sex and Death 1010, The Other Side of the Tracks, Slave, Percy Jackson & the Lightning Thief, Bloodrayne: The Third Reich, In the Name of the King 2: Two Worlds, This Means War, Avarice, Assault on Wall Street, and Vikingdom. In 2005 she was nominated for an MTV Movie Award for Best Kiss in Elektra with Jennifer Garner. She has appeared in episodes of the TV shows Millennium, First Wave, Dark Angel, Seven Days, The Chris Isaak Show, Stephen King's Dead Zone, and The Assistants. 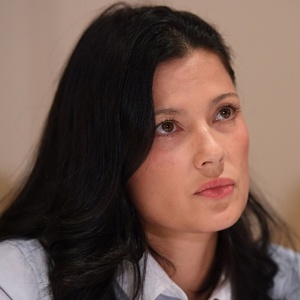