Natasha Melnick net worth: Natasha Melnick is an American actress who has a net worth of $400 thousand. Natasha Melnick was born in Los Angeles, California in April 1984. She is best known for playing the role of Cindy Sanders on the television series Freaks and Geeks. Melnick enrolled in college at the age of 15.

Her first roles came in 1998 in the movie The Parent Trap and the TV series 7th Heaven. From 1999 to 2000 she starred as Cindy Sanders in the TV series Freaks and Geeks. Melnick starred as Isabelle Meyers in the series Do Over from 2002 to 2008. From 2005 to 2012 she had a recurring role providing the voice of Ruth on the animated television series Family Guy. Melnick has also starred in the movies Go, Orange County, and The Hillside Strangler. She has also appeared in epidotes of the TV series Malcom in the Middle, Judging Amy, Undeclared, Boston Public, and Life As We Know It. In 2000 she was nominated for a YoungStar Award for Freaks and Geeks. Melnick is also part of the band One Last Run. 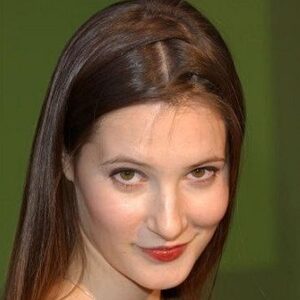