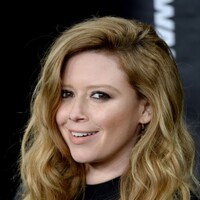 What is Natasha Lyonne's Net Worth and Salary?

Natasha played Nicky Nichols on the Netflix series "Orange is the New Black" from 2013 to 2019, and she plays Nadia Vulvokov on Netflix's "Russian Doll," which premiered in 2019. Lyonne created "Russian Doll" with Amy Poehler and Leslye Headland, and she serves as a writer, director, and producer on the series. Natasha has also had a successful stage career, appearing in productions of Mike Leigh's "Two Thousand Years," Nora and Delia Ephron's "Love, Loss, and What I Wore," Kim Rosenstock's "Tigers Be Still," and Tommy Nohilly's "Blood From a Stone." She has directed episodes of "Orange Is the New Black" (2019), "Shrill" (2020), "Awkwafina Is Nora from Queens" (2020), and "High Fidelity" (2020) as well as the 2020 Netflix special "Sarah Cooper: Everything's Fine."

Natasha Lyonne was born Natasha Bianca Lyonne Braunstein on April 4, 1979, in New York City. She grew up in an Orthodox Jewish household with mother Ivette, father Aaron (a race car driver, boxing promoter, and radio host), and older brother Adam. The family lived in Great Neck, New York, for the first eight years of Natasha's life, then they moved to Israel for a year and a half. While living in Israel, Lyonne took part in the production of "April Fool," an Israeli children's film, and became interested in acting. After her parents divorced, Natasha and Adam returned to New York City with Ivette, and Lyonne attended a private Jewish school called Ramaz School. She was expelled after she was caught selling marijuana on school grounds, and Ivette later moved the family to Miami. Natasha studied at Miami Country Day School, but she left before she earned her diploma, opting to enroll in a film program at the New York University Tisch School of the Arts instead. She left Tisch before she finished her first year because she couldn't afford the tuition.

In 1986, Lyonne played Opal on six episodes of "Pee-wee's Playhouse," and she wouldn't act on television again until 2000, when she guest-starred on "Will & Grace" and starred in the made-for-TV movie "If These Walls Could Talk 2." She later guest-starred on "Grounded for Life" (2002), "The Knights of Prosperity" (2007), "Law & Order: Special Victims Unit" (2011), "Girls" (2015), and "Inside Amy Schumer" (2015; 2016). In 2013, Natasha began playing inmate and drug addict Nicky Nichols on "Orange Is the New Black," appearing in 81 episodes over seven seasons and directing the season seven episode "The Hidey Hole." In 2019, she began starring as Nadia Vulvokov, a woman who repeatedly dies, on "Russian Doll." The show's critically-acclaimed first season earned 13 Primetime Emmy nominations, winning Outstanding Cinematography for a Single-Camera Series (Half-Hour), Outstanding Production Design for a Narrative Program (Half-Hour), and Outstanding Contemporary Costumes. Lyonne's television work also includes several animated projects, and she has voiced Smoky Quartz on "Steven Universe" (2016; 2019), Sophie on "The Simpsons" (2016; 2019), Gaz Digzy on "Ballmastrz: 9009" (2018–present), and Nadia Vulvokov and Suzette on "Big Mouth" (2018–2020). 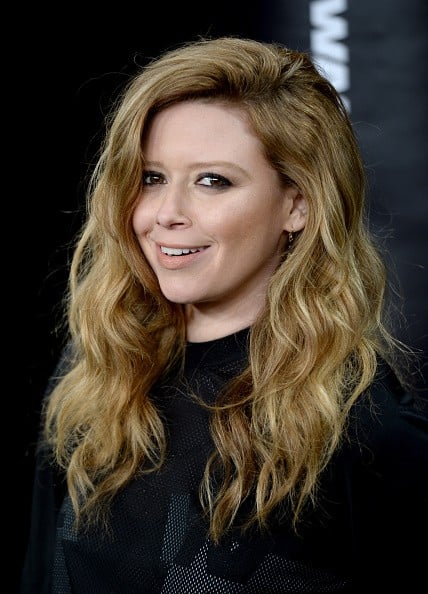 Natasha dated Edward Furlong from 1998 to 1999 and Adam Goldberg from 2001 to 2004. In 2014, she began a relationship with Fred Armisen of "Saturday Night Live" and "Portlandia" fame. Lyonne directed Armisen in the 2017 short film "Cabiria, Charity, Chastity," and she has co-starred with him on "Documentary Now!" and "Portlandia." In 2001, Natasha was arrested in Miami for DUI and leaving the scene of an accident. Her license was suspended, and she was sentenced to six months' probation and 50 hours of community service; she was also ordered to pay $1,000 in fines and court fees and attend a Mothers Against Drunk Driving victim's panel. Lyonne used to live in an apartment building owned by actor Michael Rapaport, but he evicted her in 2005 due to frequent complaints from other tenants. Natasha was hospitalized in 2005 due to a heart infection, collapsed lung, and hepatitis C; at the time, she was also using methadone treatment in an attempt to overcome an addiction to heroin. The heart infection resulted in heart valve damage, and she had open-heart surgery to correct it in 2012.

In 2008, Lyonne won an Angel Film Award for Best Supporting Female Actor for "Tricks of a Woman" at the Monaco International Film Festival. In 2011, she was named Best Actress for "Night Club" at the Golden Door International Film Festival of Jersey City. The cast of "American Pie" won a Young Hollywood Award in 2000, and the "Orange Is the New Black" cast received Screen Actors Guild Awards in 2015 and 2017. "Orange Is the New Black" also earned Natasha a Primetime Emmy nomination for Outstanding Guest Actress in a Comedy Series as well as nominations from the Gold Derby Awards and Online Film & Television Association. For her film work, she has received nominations from the Chicago Film Critics Association Awards ("Slums of Beverly Hills"), Fangoria Chainsaw Awards ("Antibirth"), and Teen Choice Awards ("Slums of Beverly Hills").