What is Natasha Henstridge's Net Worth and Salary?

Natasha Henstridge is a Canadian actress and former model who has a net worth of $7 million. Natasha achieved fame with her debut acting role in the 1995 science-fiction horror film "Species." She went on to appear in two of the film's sequels, as well as in other films including "The Whole Nine Yards," "Ghosts of Mars," "Deception," and "Anytown." On television, Henstridge has starred in such series as "She Spies," "Eli Stone," and "Diggstown."

Natasha Henstridge was born on August 15, 1974 in Springdale, Newfoundland and Labrador, Canada to homemaker Helen and business owner and construction manager Brian. Along with her younger brother Shane, she was brought up in Fort McMurray, Alberta.

When she was 14, Henstridge entered the Casablanca Modeling Agency's Look of the Year competition, and came in second place. The next year, she went to Paris to pursue a career in modeling, and subsequently graced her first magazine cover for the French version of Cosmopolitan. After posing for a number of additional covers, Henstridge appeared in television advertisements for such brands as Olay and Old Spice.

Henstridge had her acting breakthrough with her very first screen role in the 1995 science-fiction horror film "Species." She starred as Sil, a genetically-engineered hybrid of human and alien who escapes the confines of the laboratory where she's being held captive. A significant hit at the box office, the film spawned the sequels "Species II" and "Species III," in which Henstridge also starred. Between the first two "Species" films, Henstridge was in the low-budget action films "Adrenalin: Fear the Rush," costarring Christopher Lambert, and "Maximum Risk," costarring Jean-Claude Van Damme. Later in the 90s, she starred in "Bela Donna" and "Dog Park."

Henstridge had one of her biggest years in 2000, appearing in six films. Among them were the crime comedy "The Whole Nine Yards"; the action thriller "A Better Way to Die"; and the romantic dramas "Bounce" and "Second Skin." Following this major year, Henstridge starred in the science-fiction action horror film "Ghosts of Mars," the comedy "Kevin of the North," and the action film "Steal." In 2004, she reprised her role from "The Whole Nine Yards" in the sequel "The Whole Ten Yards." Henstridge's next film was the 2008 erotic thriller "Deception," starring Michelle Williams, Hugh Jackman, and Ewan McGregor. She followed this with "Anytown," "Let the Game Begin," and the direct-to-video children's film "Against the Wild." Among Henstridge's other credits are "The Bronx Bull," "The Black Room," and "House Red." 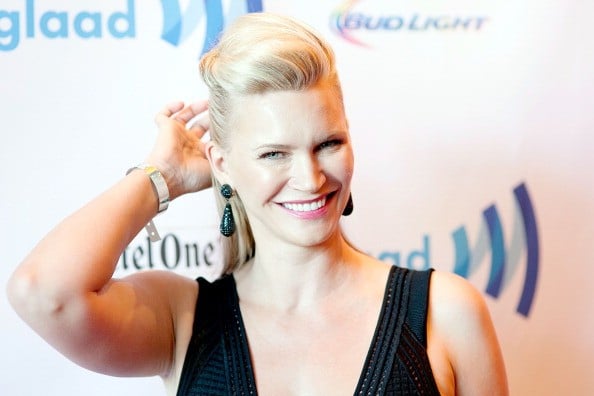 On the small screen, Henstridge first appeared in a 1997 episode of "The Outer Limits." She was subsequently in episodes of the shows "Homeboys in Outer Space" and "South Park," and appeared in the television film "The Last Witness." In 2000, Henstridge had a notable role as the queen Hypsipyle in the television film "Jason and the Argonauts." Two years later, she began a main role on the action-adventure series "She Spies," costarring Kristen Miller and Natashia Williams. The show ran for two seasons before being canceled in 2004. During this time, Henstridge also hosted the documentary series "Mostly True Stories?: Urban Legends Revealed."

Henstridge had her next role on a regular series from 2005 to 2006, when she played the recurring character of Jayne Murray, the fictional US Speaker's Chief of Staff, on the ABC political drama "Commander in Chief." In 2008, she appeared in the miniseries "Would Be Kings," and began a main role on the legal dramedy "Eli Stone." Henstridge was subsequently in a number of television films, including "You Lucky Dog," "The Devil's Teardrop," and "The Perfect Student." From 2011 to 2012, she played the main role of Dawn Chamberlain on the supernatural teen fantasy series "The Secret Circle." Henstridge has also appeared in episodes of such shows as "CSI: Miami," "Republic of Doyle," "Selfie," "Hawaii Five-0," and "Beauty & the Beast." In 2019, she began a main role on the Canadian legal drama "Diggstown."

In 2009, Henstridge appeared on Conan O'Brien's "The Tonight Show" for a comedy segment in which she demonstrated an alleged custom of her home province of Newfoundland. In the segment, she got O'Brien to imbibe Newfoundland Screech rum and smooch a huge fish.

Beyond film and television, Henstridge lent her voice to the video game "Kane's Wrath," the expansion set to "Command and Conquer 3: Tiberium Wars."

In 1995, Henstridge married actor and producer Damian Chapa; the pair divorced the following year. Subsequently, she dated actor Liam Waite from 1996 to 2004, and had two sons named Tristan and Asher. Following this, Henstridge started a relationship with Scottish singer Darius Campbell, to whom she got engaged. The couple broke off the engagement in 2010 before marrying on Valentine's Day in 2011. Henstridge and Campbell filed for divorce two years after that, with the divorce becoming official in 2018. 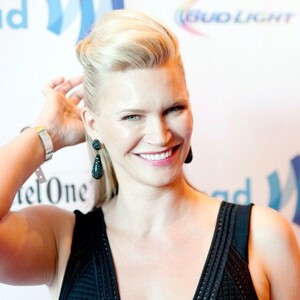