Natalie Wood net worth: Natalie Wood was an American actress who had a net worth of $2.5 million at the time of her death, which is the same as around $6 million today. She is best-known for starring in movies like "Rebel Without a Cause", "Miracle on 34th Street" and "West Side Story". She died in November 1981 at the age of 43, under slightly mysterious circumstances.

Natalie Wood was born in San Francisco, California in July 1938. She started acting at four years old and was eight when she co-starred in the film Miracle on 34th Street. Wood had more than 70 acting credits to her name including the films The Bride Wore Boots, Tomorrow Is Forever, Driftwood, The Ghost and Mrs. Muir, Scudda Hoo! Scudda Hay!, Father Was a Fullback, The Green Promise, Chicken Every Sunday, Never a Dull Moment, The Jackpot, Our Very Own, No Sad Songs for Me, The Blue Veil, Dear Brat, The Star, Just for You, The Rose Bowl Story, Rebel Without a Cause, One Desire, The Girl He Left Behind, The Burning Hills, A Cry in the night, The Searchers, Bombers B-52, Kings Go Forth, Marjorie Morningstar, All the Fine Young Cannibals, Cash McCall, West Side Story, Splendor in the Grass, Gypsy, Love with the Proper Stranger, Sex and the Single Girl, Inside Daisy Clover, The Great Race, Penelope, This Property Is Condemned, Bob & Carol & Ted & Alice, Pepper, Meteor, The last Married Couple in America, Brainstorm, and more.

Wood won three Golden Globe Awards and was nominated for three Academy Awards. She received a star on the Hollywood Walk of Fame in 1986 at 7000 Hollywood Blvd. Wood was married to Robert Wagner and Richard Gregson and was the mother of Natasha Gregson Wagner. She passed away on November 29, 1981 at 43 years old from drowning and other undetermined factors. 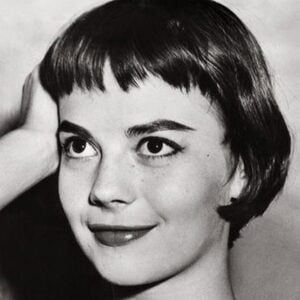