Natalie Mendoza Net Worth: Natalie Mendoza is an Australian actress and musician who has a net worth of $1 million. Natalie Mendoza was born in Hong Kong in August 1978. She performed in musicals and formed the band Jackson Mendoza with her sister Rebecca in 1998. The pair signed with Virgin Records and had #1 chart success before disbanding in 2000.

As an actress Natalie Mendoza made her TV debut in the series Wildside in 1998. From 1999 to 2000 she starred as Kyra in the TV series BeastMaster. Her film debut came in the 2000 movie Muggers. From 2006 to 2008 Mendoza starred as Jackie Clunes in the television series Hotel Babylon. She has also starred in the movies Moulin Rouge!, Horseplay, Code 46, The Descent, The Great Raid, Surviving Evil, and The Descent: Part 2. Natalie was nominated for a Chainsaw Award for Bloodiest Beatdown in 2006 for The Descent. Mendoza starred as Arachne in the Broadway musical Spider-Man: Turn Off the Dark. She had to leave the show due to a work-related injury. Mendoza has been working on a solo album and performed the song "Sparkling Diamonds" in Moulin Rouge!. 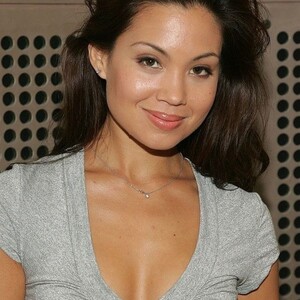