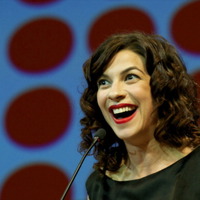 Natalia Tena net worth: Natalia Tena is a British actress and musician who has a net worth of $5 million. Natalia Tena was born in London, England, United Kingdom in November 1984. She is the lead singer and accordion player for the band Molotov Jukebox which released the albums Carnival Flower in 2014 and Tropical Gypsy in 2016. She is best known for starring as Nymphadora Tonks in the movies Harry Potter and the Order of the Phoenix, Harry Potter and the Half Blood Prince, Harry Potter and the Deathly Hallows: Part 1, and Harry Potter and the Deathly Hallows: Part 2. Tena has also starred as Osha on the television series Game of Thrones since 2011. She has had recurring roles in the TV series Falcon, Ambassadors, Residue, and The Refugees. Tena has also starred in the movies About a Boy, Mrs. Henderson Presents, Lecture 21, Womb, Ways to Live Forever, You Instead, Bel Ami, and SuperBob.