Nat Faxon net worth: Nat Faxon is an American actor, voice actor, comedian, and screenwriter who has a net worth of $6 million. Nat Faxon was born in Boston, Massachusetts in October 1975. As an actor he has more than 80 acting credits and starred as Kevin on the television series Grosse Pointe from 2000 to 2001.

Faxon starred as Brad Cooper on the TV series Happy Hour from 2006 to 2008. From 2012 to 2013 he starred as Ben Fox on the series Ben and Kate. Nat Faxon starred as Russ Bowman on the television series Married from 2014 to 2015. In 2017 he began starring as Nick on the TV series Friends from College. Faxon began providing voices for the series Blaze and Monster Machine in 2014. He has also had recurring roles or provided voice work for the TV series Reno 911!, Joey, Allen Gregory, The Cleveland Show, American Dad, TripTank, Dogs in a Park, Family Guy, The Epic Tales of Captain Underpants, and Disenchantment. He has also appeared in many films including Orange County, Slackers, Club Dread, Beerfest, Bad Teacher, Tammy, Sex Tape, Charlie's Angels, and more. Nat Faxon has won several awards including an Academy Award for Best Writing, Adapted Screenplay for The Descendants in 2012. 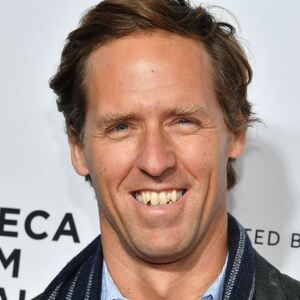