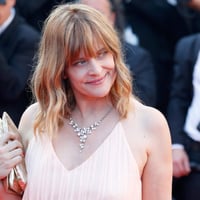 Nastassja Kinski Net Worth: Nastassja Kinski is a German actress and retired model who has a net worth of $20 million dollars. Nastassja Kinski was born in January of 1961 and is best known for her widespread acting work, having appeared in more than 60 movies throughout Europe and the United States. She has also stared in a number of films, such as Tess, in 1979, Paris, Texas in 1984. Both earned her various awards, including a Golden Globe for the former and multiple others for the latter. It was at this time that she began to branch out with her career and take on various modeling work. Kinski made headlines at the age of 15 when she reportedly became romantically involved with director Roman Polanski, who was 43 years old at the time. Though she has never confirmed or denied the accusations. Then, in the 80s she met Ibrahim Moussa, an Egyptian filmmaker. The couple married in September of 1984 and have two kids, Aljosha, born 1984 and Sonja, born in 1986. The couple divorced in 1992. Kinski was in a relationship with musician Quincy Jones from 1992 until 1995. They have a daughter together, Kenya Julia Miambi Sarah Jones, who was born in 1993. In 2001 Kinski publically announced that she has narcolepsy.