How much is Nasim Pedrad Worth?

Nasim Pedrad net worth: Nasim Pedrad is an Iranian American comedic actress who has a net worth of $3 million. Nasim Pedrad was born in Tehran, Iran in November 1981. She is best known for her five seasons as a cast member of Saturday Night Live. Her family moved to the United States when Nasim was two years old. Nasim's younger sister Nina is a comedy writer who has worked for 30 Rock and New Girl. Pedrad graduated from the UCLA School of Theatre and was a member of the UCLA Spring Sing Company. She performed at The Groundlings and has often performed her one woman show Me, Myself, & Iran. Pedrad won an LA Weekly Best Comedic Performance of the Year Award. She appeared on The Mike & Ben Show in 1999. From 2007 to 2009 she had a recurring role as Nurse Suri on the TV series ER. Nasim also did voice work for the series Allen Gregory in 2011 and The Awesomes in 2013. On SNL some of her frequent characters included Bedelia, Li'l Blaster, Pippa, Wanda Ramirez, Nancy, Shallon, and Heshy. She also impersonated Kim Kardashian, Arianna Huffington, and Barbara Walters, among others. Pedrad's last season on SNL was in 2014. She joined the cast of the new Fox sitcom Mulaney in 2014. 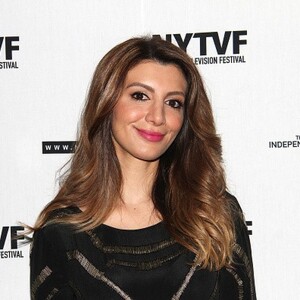