Naseeruddin Shah Net Worth: Naseeruddin Shah is an Indian film actor and director who has a net worth of $50 million. Naseeruddin Shah was born in Barabanki, Uttar Pradesh, India in July 1950. He studied at Aligrah Muslim University and National School of Drama in Delhi. Shah has almost 200 acting credits to his name.

He is considered one of the finest Indian actors both in stage and film. He was one three National Film Awards and three Filmfare Awards in addition to an award at the Venice Film Festival. He has been honored with the Padma Shri and the Padma Bhushan civilian awards the Government of India for his contributions towards Indian cinema. Shah's Pakistani film Zinda Bhaag in 2013 was nominated for Best Foreign Language Film at the 86th Academy Awards. One of his best known roles came starring as Captain Nemo in the 2003 movie The League of Extraordinary Gentlemen. Shah directed the 2006 film Yun Hota To Kya Hota. He has also starred in the films Finding Fanny, The Coffin Maker, John Day, Jackpot, Maximum, Michael, The Dirty Picture, That Girl in Yellow Boots, Today's Special, A Wednesday, Shoot on Sight, Valley of Flowers, Being Cyrus, The Great New Wonderful, Monsoon Wedding, Such a Long Journey, Bombay Boys, and many more. 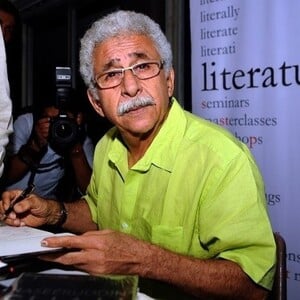