Nargis Fakhri Net Worth: Nargis Fakhri is an American model and actress who has a net worth of $12 million. Nargis Fakhri was born in Queens, New York in October 1979. Her father is Pakistani and her mother is Czech. She appeared on America's Next Top Model in 2004 and posed for the Kingfisher Swimsuit Calendar in 2009.

She made her Bollywood debut in the 2011 film RockStar as Heer Kaul. She starred in the 2013 movie Madras Café as Jaya Sahni. The same year she starred in the movie Phata Poster Nikhla Hero. In 2014 she starred in the films Main Tera Hero and Kick. She is scheduled to star in the upcoming 2015 film Spy. For her role in RockStar she won three Ghanta Awards for Worst Actress, Worst On-Screen Couple, and Worst Breakthrough. Fakhri also won a Special Award at the Awards of the International Indian Film Academy for Star Plus Hottest Pair in 2012. Nargis was also nominated for a 2012 Stardust Award for Superstar of Tomorrow – Female. 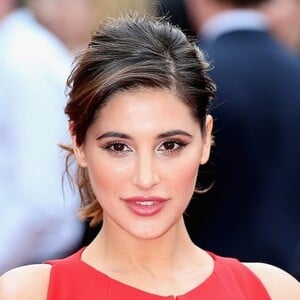