Naomie Harris Net Worth: Naomie Harris is a British actress who has a net worth of $4 million dollars. Being present in the entertainment industry since 1987, she is best known for her big screen roles in 28 Days Later (2002), Pirates of the Caribbean (2007), Skyfall (2012) and Mandela: Long Walk to Freedom (2013). Born Naomie Melanie Harris in London, England on September 6, 1976, she was raised by her mother as her father left them when she was still a baby. A graduate of Pembroke College, Cambridge, she studied acting at the Bristol Old Vic Theatre. Actually, she made her acting debut at age nine on the series The Tomorrow People. Later on, she has perfected the craft by playing various TV and movie parts. Thus, Harris became the first black actress to ever play the character of Moneypenny in a James Bond film. She has received awards for Best Breakthrough Performance for 28 Days Later at the Black Reel Awards, Best Actress for Small Island at the RTS Television Awards, Shining Star Award for Skyfall, as well as Breakthrough in Film, British Actress, and Woman of the Year awards for Mandela: Long Walk to Freedom. 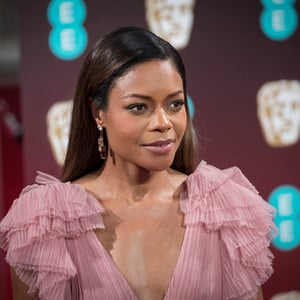