Naomi Scott net worth: Naomi Scott is an English actress and singer who has a net worth of $3 million. Naomi Scott was born in London, England in May 1993. She first starred as Megan on the television series Life Bites in 2009. Scott starred as Maddy Shannon on the TV series Terra Nova in 2011.

One of her best known roles came starring as Jasmine in the 2019 film Aladdin. Naomi Scott has also appeared in the film The 33 in 2015 and starred as Kimberly (Pink Ranger) in the 2017 movie Power Rangers. She has also appeared in shorts, video shorts, TV movies, and episodes of TV series including Lemonade Mouth: Somebody, Lemonade Mouth, Modern/Love, Bridget Mendler: Hurricane, By Any Means, Our Lady of Lourdes, Hello, Again, Inspector Lewis, and more. In 2017 she was nominated for a Teen Choice Award for Choice Movie Actress: Sci-Fi for Power Rangers. 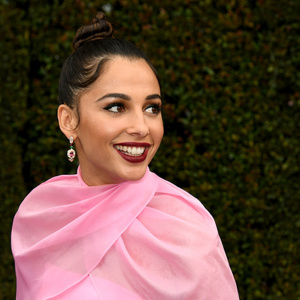