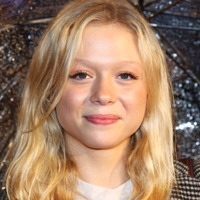 Naomi Battrick net worth: Naomi Battrick net worth: Naomi Battrick is an English actress who has a net worth of $400 thousand. She is best known for her roles in My Almost Famous Family and the Doctors. Battrick also appeared in the films, Blood, Una Noche, and Orbit Ever After. Her first television appearance was a guest role in the show The Bill, and following this role, she was cast as a band member in the children's TV comedy drama called, My Almost Famous Family, which was a show that followed a family band that was part of a chat show around and chronicled their life. The My Almost Famous Family series ended in 2009 and by 2014, she had joined the cast of the BBC One school drama, Waterloo Road. In Waterloo Road she plays a new girl named Gabriella who is from a privileged background.