What was Nancy Reagan's Net Worth?

Nancy Reagan was an American actress and former first lady who had a net worth of $25 million at the time of her death. Nancy was an accomplished American film actor working much in the 1940s and 1950s.

Nancy was born Anne Frances Robbins on July 6, 1921, in Manhattan, New York as the sole child of Kenneth Robbins (a salesman) and Edith Luckett Robbins (an actor). Early on, Anne was given the nickname "Nancy" which stuck. Nancy's father left the family early during her infancy, at which point Nancy was sent to live with her aunt and uncle (Virginia and C. Audley Galbraith) in Bethesda, Maryland. During Edith's extensive theater runs, Nancy and her aunt would visit her mother, who would eventually marry a prominent Chicago neurosurgeon, Loyal Davis.

Nancy's exposure to new wealth and privilege enabled her to attend the Girls' Latin School. Later, Nancy studied drama at Smith College, earning her Bachelor of Arts degree in 1943.

After her college years, Nancy worked as a salesclerk at a Marshall Fields Department store in Chicago. Later, she worked as a nurse aid.

With a little help from her mother and with her background, Nancy naturally eased into an acting career, going by the name Nancy Davis. She earned her first role (a non-speaking part) in a touring company production of "Ramshackle Inn". The play had a Broadway run in New York City, which harvested a minor role in the 1946 musical "Lute Song", which starred Yul Brynner and Mary Martin.

In 1949 Nancy earned an MGM Studio contract in 1949, that came with a seven-year commitment. Success did not come quickly — MGM was finding it difficult to cast Nancy in the contemporary films that were being made at the time. She had to take roles that would often have her playing the loyal housewife. Included in her 1949 projects were films such as "The Doctor and the Girl", with Glenn Ford, and "East Side, West Side", with the legendary Barbara Stanwyck.

Nancy's roles began to dry up as her name appeared on the notorious Hollywood blacklist, a list established by the film industry at the time with the intent to warn studios and producers of individuals that were suspected of being involved with communist party, or at the very least being communist sympathizers. Nancy had no association at any time with any communist organization and found that the listing had happened by mistake — it was the result of a mistake being made with an actress of the same name.

In November of 1949, Nancy called the Screen Actors Guild and spoke with the president at the time, Ronald Reagan for assistance. They were immediately attracted to each other and shared a connection. After three years of dating, the couple married on March 4th of 1952. It was Nancy's first and Ronald's second marriage. They eventually had two children. After the couple was romantically paired on screen in the World War II submarine drama "Hellcats of the Navy", Nancy gave up her acting career in order to raise a family and to support her husband's political ambitions. 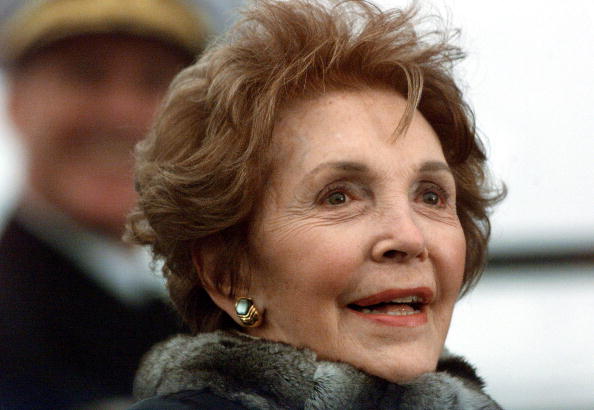 After Ronald was elected as California governor, Nancy Reagan became first lady of the state. Ronald served for two terms then, in 1976, ran for president of the United States. Ronald would lose the republican bid to nominee Gerald Ford, but would come back in 1980 to win the election.

During Nancy's time in the white house, she worked hard to shed a "snobbish" image that was projected onto her — largely by championing drug abuse education and awareness. Nancy's iconic "Just Say No" campaign culminated in new legislation as well as the "National Crusade for a Drug Free America" act — which was signed into law (by President Reagan) in October of 1986. Nancy also continued her work by addressing the United Nations General Assembly in 1988, where she spoke in support of strengthening international drug interdiction and trafficking legislation.

She was also said to have had a strong influence on her husband and played a role in a few of his personnel and diplomatic decisions.

After her first ladyship, Nancy Reagan established the Nancy Reagan Foundation in support of after school drug prevention programs.

In 1994 Ronald Reagan was diagnosed with Alzheimer's disease. During this time Nancy and Ronald lent their support to the Ronald and Nancy Reagan Research Institute in Chicago. For much of the following decade Nancy acted as primary caregiver for her husband. She would only make limited appearances in Los Angeles during this time.

Following her husband's death in 2004, Nancy became a public advocate for stem-cell research, which was in direct opposition to the stance of then-President George W. Bush. Nancy earned many distinguished awards and honors for her extensive work, including the Order of the White Eagle from the government of Poland. Nancy also earned an honorary degree from Eureka College.

In 1989, the Reagans retired to a home in Bel Air, Los Angeles. Located at 668 Saint Cloud Road, the 1.5-acre property had a 7,200 square-foot mansion. Technically, a group of friends bought the home for the Reagans in 1986 for $2.5 million (that's the same as $6 million in today's dollars). Ron and Nancy leased the home with an option to buy at the $2.5 million purchase price. They exercised that option in 1989 upon leaving The White House.

Their immediate next-door neighbor was movie producer Jerry Perenchio. Jerry's property, known as Chartwell, was famous for being used in the opening credits of the original "Beverly Hillbillies" television show. After Nancy Reagan died in 2016, Jerry acquired the Reagan mansion for $15 million and incorporated it into Chartwell. Jerry razed the Reagan house to the ground to expand his gardens. Jerry died in May 2017. In August 2017 his heirs listed Chartwell for $350 million. They ultimately had to reduce the price several times before selling in December 2019 to Newscorp heir Lachlan Murdoch. The final sale price was $150 million which temporarily set the record for most expensive home sold in Los Angeles history. His record was broken two months later when Jeff Bezos paid $165 million for a Beverly Hills estate.

On March 6, 2016 Nancy Reagan passed away from congestive heart failure at age 94. She was buried at the Reagan Presidential Library — right alongside her husband. The many dignitaries who attended her funeral included Michelle Obama and Rosalyn Carter. The former President George W. Bush and his wife, Laura Bush, were also present at Nancy's celebration of life. 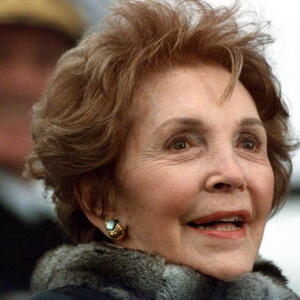