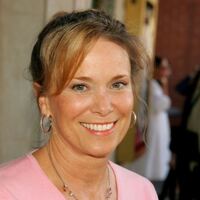 Nancy Morgan net worth: Nancy Morgan is an American actress who has a net worth of $10 million. Nancy Morgan was born in Minneapolis, Minnesota in April 1949. In 1977 she starred as Julie on the television series The San Pedro Beach Bums. In 1982 she starred as Nancy on the TV series Romance Theatre. Morgan starred as Lotta Legs on the series Lucky Luke in 1992. She appeared in many films including Fraternity Row, Grand Theft Auto, Americathon, The Nest, Lucky Luke, Good Dick, and more. Morgan also appeared in episodes of the TV series McMillan and Wife, Good Times, Diff'rent Strokes, and more. Nancy Morgan was married to John Ritter from 1977 to 1996. They had three children including Jason Ritter and Tyler Ritter. The couple frequently hosted the national United Cerebral Palsy Telethon and co-starred in the movie Americathon and the TV movies The Dreamer or Oz and Heartbeat.