What is Nancy McKeon's Net Worth?

She was cast in "The Facts of Life" as Jo Polniaczek and stayed with the show through its 1988 cancellation. She lost out on the role of Monica Geller on the hit series "Friends" to Courteney Cox, but went on to secure parts in "Can't Hurry Love" in 1995 and "Style & Substance" in 1998. McKeon had a multi-year run on "The Division" as Jinny Exstead and later went on to appear as Demi Lovato's mother on the Disney Channel show "Sonny With a Chance".

McKeon is well known for her appearances in dozens of made-for-TV movies, including "The Wrong Woman", "Comfort and Joy", and "A Cry for Help: The Tracey Thurman Story". Other TV and film credits include "Where the Day Takes You", "Love Begins", "Starsky and Hutch", "The Love Boat", "ABC Weekend Special", "This Child Is Mine", "Category 6: Day of Destruction" and "Without a Trace". She has been nominated for a handful of awards, including a Prism Award for Best Performance in a Drama Series for "The Division" and a Young Artist Award for Best Young Actress in a Comedy Series for "The Facts of Life", which she won in 1983.

McKeon was born on April 4, 1996 in Westbury, New York. Her parents are Donald and Barbara McKeon and her father worked as a travel agent. She grew up with her brother, Philip, in the Forest Hills neighborhood of Queens, New York. Her parents got the children involved in the entertainment industry from a young age. McKeon began her career by modeling baby clothing in the Sears & Roebuck catalog at the age of two. She also performed in many commercials, as did her brother. In 1976, the family relocated to Los Angeles after her brother booked a major role in the television show, "Alice."

After moving to Los Angeles, McKeon booked small roles on the soap operas, "The Secret Storm" and "Another World." In 1979, the casting director for the upcoming show, "The Facts of Life," noticed McKeon after she appeared in an advertisement for Hallmark. In the ad, she was able to cry on cue which earned her a call from the casting director and led to her booking the role of tomboy Jo Polniaczek in "The Facts of Life." The original four girls who had been cast and played in the first season of the show had all been dismissed so McKeon first appeared in the second season along with the other three new cast members. She remained on the series until the show ended in 1988 and the role has become her most well-known one.

Throughout the 1980s and 1990s, McKeon booked a large number of made for television movies. These include, "Poison Ivy," "This Child is Mine," "Firefighter," "Strange Voices," "A Cry for Help: The Tracey Thurman Story," "Baby Snatcher," and "A Mother's Gift," among others. Many of these movies were produced through McKeon's own film company, Forest Hills Entertainment.

In the years that followed "The Facts of Life," McKeon auditioned for but ultimately did not get a few major television roles. She was approached by NBC executives to play the main role in the television sitcom adaptation of "Working Girl," but the role went to the then unknown Sandra Bullock. She also auditioned for the role of Monica in the new series "Friends," but it went to Courteney Cox instead. In 1995, she did star in her own series, "Can't Hurry Love," which lasted for one season. In 1998 , she starred alongside Jean Smart in the sitcom "Style & Substance," which aired 13 total episodes. 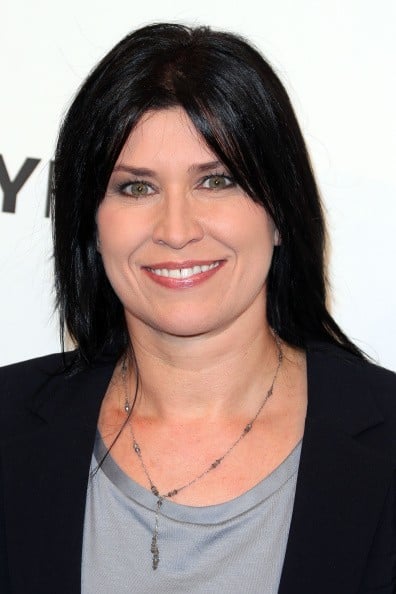 McKeon booked her next major and long-running role in the Lifetime police drama, "The Division." She portrayed character Jinny Exstead on the series from 2001 until 2004. In preparation for the role, she spent time with an actual police force in order to better develop her character. She became pregnant while on the show and a pregnancy was written into her character's storyline as well. While on the show, McKeon also directed a couple of episodes. She had previously directed her own short film, " A Wakening," which she had also written. The short film has won two film festival awards.

In 2003, McKeon starred in the film, "Comfort and Joy." She then appeared in the television miniseries, "Category 6: Day of Destruction," in 2004 followed by the Hallmark movie, "Wild Hearts," in 2006. In 2009, she appeared in five episodes of "Sonny with a Chance," and then took a several year hiatus from doing any television or film.

In 2018, it was announced that McKeon would appear as a contestant on the 27th season of "Dancing with the Stars." She was partnered with dancer Valentin Chmerkovskiy and was eliminated in the third round. In 2019, she appeared in the Hallmark film, "You Light Up My Christmas," along with other former cast members of "The Facts of Life." She also began doing voice work again in 2020, voicing various additional characters in "Animaniacs." She also announced her involvement in the Amazon young adult series, "Panic," based on the novel of the same name by author Lauren Oliver. The first season of the show premiered in 2021.

McKeon met actor Michael J. Fox on the set of "High School U.S.A." in 1983. They began dating and remained together for three years, during which time they appeared together as a celebrity couple on the game show, "Tattletales."

In 2003, McKeon married film technician, Marc Andrus. The couple had met eight years prior on he set of a Hallmark film, "A Mother's Gift." They hosted a small wedding only around 20 guests and then moved to a ranch near Austin, Texas. They had two children, one in 2004 and the other in 2006, and have largely raised them out of the spotlight.

McKeon grew up a devout Catholic. While on "The Facts of Life," she was able to have a private audience with Pope John Paul III, along with her parents. She later described the experience as "electric." 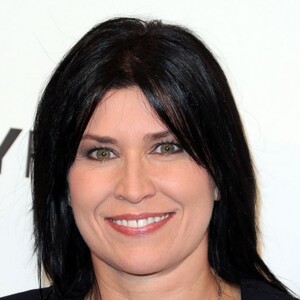