Nancy Juvonen net worth: Nancy Juvonen is an American film producer who has a net worth of $20 million dollars. Nancy Juvonen was born in Marin County, California, and graduated from the University of Southern California. She began her professional career as a producer in 1999, and has since served as an Executive Producer or Producer on such projects as "Olive, the Other Reindeer", "Never Been Kissed", "Charlie's Angel's", "Donnie Darko", "Duplex", "Charlie's Angel's: Full Throttle", "50 First Dates", "Fever Pitch", "Music & Lyrics", "Whip It!", and "He's Just Not That Into You".

She co-owns the production company, Flower Films, with Drew Barrymore. Her brother, also a writer/producer, introduced the two women while he was working on the film, "Mad Love". In addition to launching her own company, she also set up Clarence Clemons' production company. She is married to comedian/talk show host, Jimmy Fallon. They have one daughter born in July 2013. 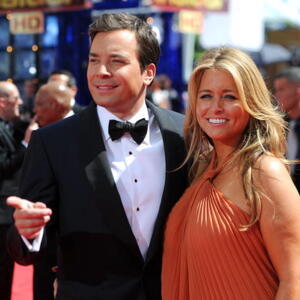