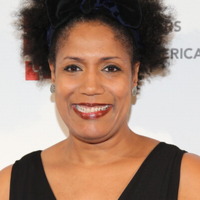 Nancy Giles net worth: Nancy Giles is an American actress and commentator who has a net worth of $5 million. Nancy Giles was born in New York City, New York in July 1960. She is best known for starring in the television series China Beach and on the TV series CBS News Sunday Morning. She graduated from Oberlin College and was a member of the Second City Touring Company. As an actress Giles starred in the series China Beach as Pvt. Frankie Bunsen from 1988 to 1991. From 1992 to 1993 she starred as Connie Morris in the television series Delta. Giles has starred in the movies Off Beat, Big, Me and Him, Working Girl, Fear of a Black Hat, Angie, True Crime, The Devil's Child, Superheroes, and Irrational Man. Giles has had guest appearances on the TV series The Jury, L.A. Law, Law & Order, Spin City, Dream On, and The Fresh Prince of Bel Air. She starred in the Broadway production of Mayor in 1985. She has won two Daytime Emmy Awards for Outstanding Morning Program for CBS News Sunday Morning.