What is Nancy Cartwright's Net Worth and Salary?

Nancy Cartwright is an American film and television actress, comedian and voice artist. Nancy Cartwright has a net worth of $80 million dollars. Cartwright is best known for her long-running role as Bart Simpson on the animated television series "The Simpsons" (1989–present), and she voices other characters on the show, including Ralph Wiggum, Todd Flanders, Nelson Muntz, and Maggie Simpson. According to their latest contract, each principal voice actor on "The Simpsons" makes $300,000 per episode, which translates into around $7 million per season. Nancy has also lent her voice to "Goof Troop" (1992–1993), "Rugrats" (1992; 2002–2004), "The Critic" (1994–1995), "Pinky, Elmyra & the Brain" (1998–1999), "Kim Possible" (2002–2007), and numerous other animated projects.

According to their latest contract, each principal voice actor on The Simpsons makes $300,000 per episode. That translates into around $7 million per season.

Nancy Cartwright was born Nancy Jean Cartwright on October 25, 1957, in Dayton, Ohio. She grew up with mother, Miriam, father Frank, and five siblings in Kettering, Ohio; sadly, Miriam passed away in 1978. Nancy attended St. Charles Borromeo and Fairmont West High School, and as a fourth grader, she won a school speech competition in which she performed Rudyard Kipling's "How the Camel Got His Hump." At Fairmont, she appeared in school plays and was a member of the marching band as well as president of the Forensic League. Cartwright often competed in public speaking competitions, and two years in a row, she came in first place in the National District Tournament's "Humorous Interpretation" category.

Nancy graduated in 1976 and earned a scholarship to Ohio University, where she continued to participate in public speaking competitions, placing fifth in the exposition category at the National Speech Tournament with a speech entitled "The Art of Animation." In 1976, she was hired to do voice-overs for ads on the Dayton radio station WING, and after a Warner Bros. Records rep visited the station, he gave her a list of animation industry contacts. This led to Daws Butler, the voice of Yogi Bear, Huckleberry Hound, and Elroy Jetson, becoming Cartwright's mentor and Nancy leaving Ohio for Los Angeles. She transferred to the University of California, Los Angeles, earning her theater degree in 1981.

In 1987, Cartwright auditioned for a voice role in a series of animated shorts that would appear on "The Tracey Ullman Show." Though she had intended to audition for the role of Lisa Simpson, she found Bart's character description more interesting and asked if she could try out for that part instead. After her audition, creator Matt Groening offered Nancy the role on the spot. The shorts were spun off into a Fox TV series in 1989, and as of this writing, "The Simpsons" has aired more than 700 episodes over 32 seasons, making it the longest-running American sitcom, animated series, and scripted primetime series. Cartwright has also voiced Bart in "The Simpsons Movie" (2007) and numerous video games, such as "The Simpsons: Bart vs. the Space Mutants" (1991) and "The Simpsons: Tapped Out" (2012). 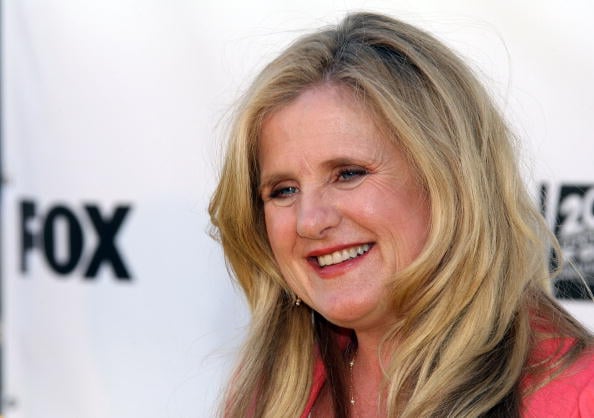 On December 24, 1988, Nancy married writer Warren Murphy (who was 24 years older than her) two months after meeting him. They welcomed daughter Lucy and son Jack before divorcing in 2002, and Murphy passed away from heart failure in 2015. Though she was raised in a Roman Catholic household, Cartwright joined the Church of Scientology in the early 1990s, and she received the organization's Patron Laureate Award in 2007 after she gave them a $10,000,000 donation. Nancy began a relationship with contractor/fellow Scientologist Stephen Brackett in 2007, and the two were engaged at the time of Brackett's tragic death in May 2009. According to "The Monterey County Herald," Stephen "apparently leaped" to his death from the Bixby Creek Bridge in Big Sur, California.

Cartwright has contributed to ASIFA-Hollywood's Animation Archive Project, and she was honored with the Make-a-Wish Foundation's Wish Icon Award in 2007 for "her tremendous dedication to the Foundation's fundraising and wish-fulfillment efforts." In 2005, Nancy was named Honorary Mayor of Northridge, California, and she created a scholarship at her alma mater, Fairmont High School, to help graduates who were interested in attending Ohio University and "following in her footsteps and studying speech, debate, drama or music." She received an honorary doctorate in communication from Ohio University in 2012, and in 2019, she co-founded the Know More About Drugs alliance, "an alliance of medical professionals, child advocates and parents who champion the right of parents and caregivers to be warned about the most serious side effects of prescribed psychotropic (mind-altering) drugs in a simple, easy-to-understand format."

Cartwright has been nominated for three Primetime Emmys for "The Simpsons," winning Outstanding Voice-Over Performance in 1992. In 1995, she won an Annie Award for Outstanding Voice Acting in the Field of Animation for "The Simpsons" and a Drama-Logue Award for "In Search of Fellini," and she received the Faith Hubley 'Web of Life' Award at the 2002 High Falls Film Festival. Nancy has received four Behind the Voice Actors Award nominations for "The Simpsons," taking home the prize for Best Female Lead Vocal Performance in a Television Series in 2012, and the show has also earned her seven Online Film & Television Association Award nominations for Best Voice-Over Performance/Best Voice-Over Performance in a Animated Program. In 2004, Cartwright received a Daytime Emmy nomination for Outstanding Performer in an Animated Program for "Kim Possible." 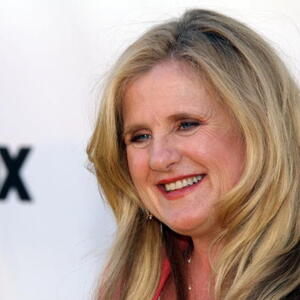