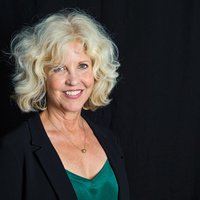 Nancy Allen net worth: Nancy Allen is an American actress who has a net worth of $8 million. Nancy Allen was born in The Bronx, New York City, New York in June 1950. She is also known for being a cancer activist. Allen was a child model and actress. She has starred in several films including The Last Detail, Forced Entry, Carrie, I Wanna Hold Your Hand, Home Movies, 1941, Dressed the Kill, Blow Out, Strange Invaders, The Buddy System, The Philadelphia Experiment, Not for Publication, Sweet Revenge, RoboCop, Poltergeist III, Limit Up, RoboCop 2, RoboCop 3, The Patriots, Against the Law, The Pass, Out of Sight, Secret of the Andes, Kiss Toledo Goodbye, Circuit, and My Apocalypse. Allen was nominated for a Golden Globe Award in 1981 for New Star of the Year in a Motion Picture – Female for Dressed to Kill. She became executive director of the weSPARK Cancer Support Center in 2010. She has been married three times including to director and screenwriter Brian De Palma and actor and comedian Craig Shoemaker.