Nagui net worth: Nagui is an Egyptian born French television and radio personality who has a net worth of $50 million. Nagui was born in Alexandria, Egypt in November 1961. He started out in television in 1987 starring on MG and then in 1989 he switched to TF1. Nagui hosted the game show May the Best One Win and also starred in Don't Forget Your Toothbrush.

Nagui founded his own production company Air Productions in 1993 and started the live music show Taratata. He hosted the TV series Nowhere Else, Winning Lines, and The Vault. In 2006 he began hosting the game show Everybody Wants to Take His/Her Place. Nagui also started hosting the French version of Don't Forget the Lyrics! in 2007. In 2010 Nagui was named France's #1 TV host. In 2001 he starred in the movie My Wife Is an Actress. 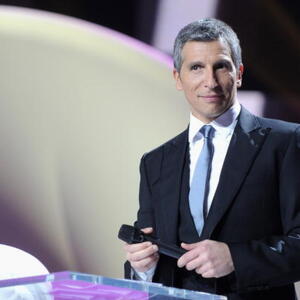