They moved to New York City and Nadia won first place in the Metro Lyric Opera Competition. She made her acting debut on the soap opera Days of Our Lives in 1999 as Chloe. She played the role through 2013, appearing in more than 700 episodes. She has also appeared in the television shows NCIS, Two and a Half Men, CSI: Crime Scene Investigation, Anger Management, and 2 Broke Girls. Starting in 2009 she has played Lara Miller in the web series Venice the Series. In 1999 Nadia appeared in Ricky martin's music video for "Shake Your Bon-Bon". She is dating Brandon Beemer and has previously been involved with Frank Kramer, Bruce Willis, and Daniel Sadek. In 2011 she was nominated for an Indie Series Award for Outstanding Supporting Actress for the show Venice the Series. She is a spokesperson for The Leukemia & Lymphoma Society. 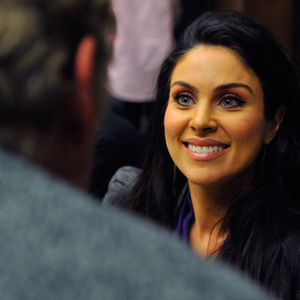