Myrka Dellanos net worth and salary: Myrka Dellanos is a Cuban American journalist, author, television presenter, and radio host who has a net worth of $16 million. She got her first break in 1992 when she co-hosted the popular Univision news program Primer Impacto. At the end of her initial contract with the television network, she remained with Univision, even though she had multiple offers from other English-speaking television networks, and remained with Primer Impacto until 2004.

She was chosen as Star of the Year by readers of the magazine, People en Espanol and served as the host for Hispanic Heritage Month at the White House in Washington, DC. She was appointed by US President George W Bush to the Freedom Corps, which is a group of 25 people who work together to promote charitable giving, and has been especially involved in providing help for orphaned children and for victims of domestic abuse. In 2013, she was named spokesperson for I Am Second, a movement meant to provide spiritual inspiration for individuals working through life issues like abortion, divorce and child abuse. After an 8-year absence from broadcast journalism, she returned to television in 2013 as a host and contributor on Estrella TV and its news-magazine, En la Mira con Enrique Gratas. In addition to her work in television, she has also authored several books, including Succeed and Be Happy: Things I Learned Thanks to God, My Mom, and Life. In 1991, Dellanos married Dr. Alejandro Loynaz but the marriage ended in 1998. The couple had one daughter named, Alexa Carolina. She later married David Matthews but the couple divorced after two years. In 2008, she married Cuban-born pharmaceutical representative Daniel Alonso. Later that same year, Alonso was arrested and charged with domestic battery, and the couple divorced shortly after; it was this relationship that likely inspired or rejuvenated her work to help those dealing with domestic violence. 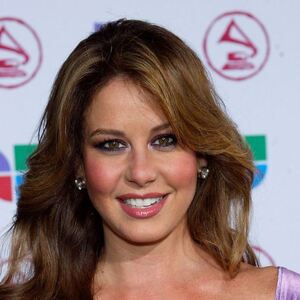