Mykelti Williamson net worth: Mykelti Williamson is an American actor who has a net worth of $2 million dollars. Mykelti Williamson was born in St. Louis, Missouri and began performing professionally when he was in elementary school. After his family moved to Los Angeles, he split his energy between sports and acting, playing football and basketball while continuing to perform.

While in school, he appeared on multiple television shows, including "Starsky and Hutch", "Hill Street Blues","China Beach", and "Midnight Caller". After graduating from high school, he enrolled in the television/film program at Los Angeles City College. He then went on to study at Gene Evans Motion Picture School where he focused on cinematography and production. He went on to appear in such films as, "Wild Cats", "Free Willy", "Waiting to Exhale", "Con Air", "Three Kings", and "The Final Destination". He is most widely recognized for his role as Bubba Blue in "Forrest Gump". He is currently appearing on the hit show, "Justified". 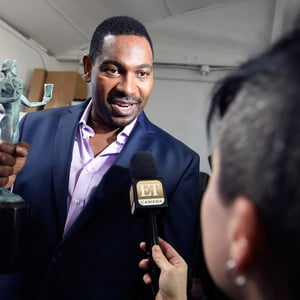