Murray Hamilton net worth: Murray Hamilton was an American actor who had a net worth equal to $4 million at the time of his death (after adjusting for inflation). Murray Hamilton was born in Washington, North Carolina in March 1923 and passed away in September 1986. He had more than 150 acting credits to his name starting in 1944. From 1959 to 1960 he starred as Steve Baker on the television series Love and Marriage. Hamilton starred as Capt. Rutherford T. Grant on the TV series B.J. and the Bear in 1981. Murray Hamilton starred in several films including Bright Victory, The Girl He Left Behind, The Spirit of St. Louis, Too Much, Too Soon, No Time for Sergeants, Anatomy of a Murder, The FBI Story, The Hustler, The Cardinal, An American Dream, The Graduate, No Way to Treat a Lady, The Boston Strangler, The Way We Were, Jaws, Jaws 2, The Amityville Horror, and more. Murray Hamilton passed away on September 1, 1986 at 63 years old from lung cancer. 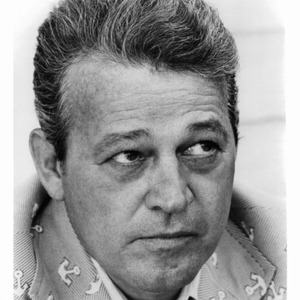