What is Mr. T's Net Worth and Salary?

Mr. T is an American actor who has a net worth of $1 million dollars. An actor, wrestler, and motivational speaker, Mr. T became famous as a wrestler, but achieved worldwide success as an actor. He is best known for acting in the 1980s television series "The A-Team", as well as the film "Rocky III" (1982).

Lawrence Tureaud, better known as simply Mr. T, was born on May 21, 1952, in Chicago, Illinois. He is the youngest son of twelve children, and along with all of his siblings grew up in a three-bedroom apartment. His father, Nathaniel Tureaud, was a minister. However, he left the family when Mr. T was just five years old. After that, Mr. T shortened his name to Lawrence Tero, and later in 1970 he legally changed his last name to T.

Mr. T attended Dunbar Vocational High School, where activities he participated in included football, wrestling, and martial arts. He earned a football scholarship to attend Prairie View A&M University, and majored in mathematics during his time there, but was eventually expelled from the school after only a year. Subsequently, he enlisted in the United States Army, where he served in the Military Police Corps. After being discharged, he tried out for the NFL team the Green Bay Packers, but failed to make the cut.

After his failed bid to join the NFL, Mr. T began working as a club bouncer in Chicago. Using lost jewelry found in the club, he began to wear gold neck chains and develop his Mr. T persona. He transitioned into working as a bodyguard, and did this for almost ten years. As he grew his reputation as a bodyguard, he began receiving contracts for higher-profile clients, such as designers, models, judges, politicians, athletes, and millionaires. Some of these high-profile clients he has guarded include Muhammad Ali, Steve McQueen, Michael Jackson, Leon Spinks, Joe Frazier, and Diana Ross, charging anywhere from $3,000 to $10,000 per day. One day, after spotting an unusual hairstyle on a Mandinka warrior in a "National Geographic" magazine, Mr. T decided to adopt the style as a statement about his African origins. It was incorporated into the persona of Mr. T.

His first appearance on television was when he was in his late twenties, on the NBC tough-man competition "Sunday Games" as part of the "America's Toughest Bouncer" segment. He ended up winning the competition. He then competed for a second time, this time in the renamed competition "Games People Play", also on NBC. It was his appearance on "Games People Play" in 1980 that reportedly inspired Sylvester Stallone to write the famous line "I don't hate him but… I pity the fool" for the movie "Rocky III" (1982). Stallone also cast him as the main antagonist, Clubber Lang, in the film as well.

Subsequently, following his appearance in "Rocky III", Mr. T enjoyed many other movie and television appearances, including the film "Penitentiary 2" (1982), the Canadian sketch comedy series "Bizarre", and an episode of "Silver Spoons". He also accepted the role of Sergeant Bosco "B.A." Baracus on the television show "The A-Team", co-starring George Peppard, Dirk Benedict, and Dwight Schultz, among others. "The A-Team" aired for four seasons, from 1983 to 1987. He is reported to have earned as much as $80,000 a week for his role on "The A-Team". Also released in 1983 was the comedy film "DC Cab", which also starred the likes of Paul Rodriguez, Marsha Warfield, and Irene Cara. The film performed modestly well at the box office, grossing $16 million against its $12 million budget. 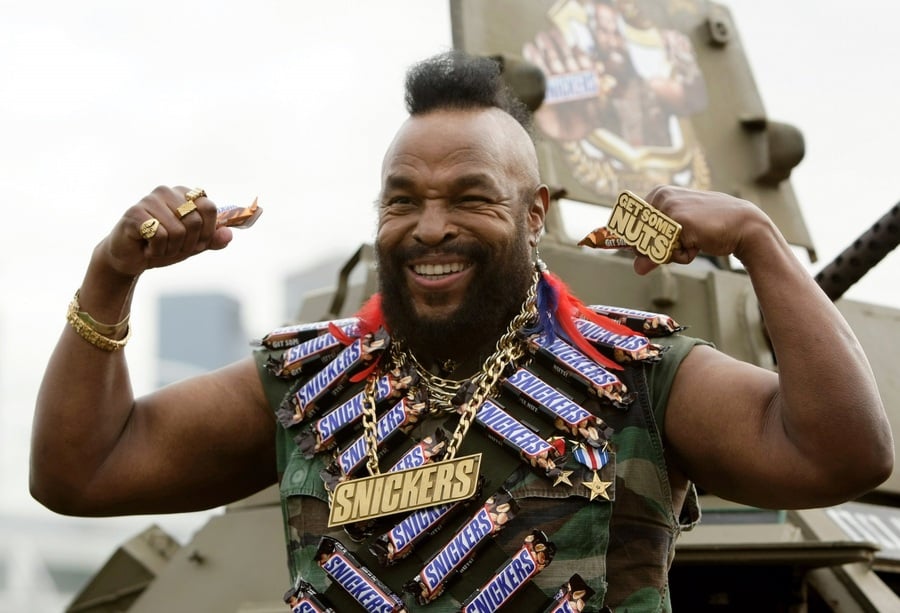 In addition to his acting career, Mr. T also took part in professional wrestling. He entered professional wrestling in 1985, and was Hulk Hogan's tag-team partner at the World Wrestling Federation's "WrestleMania I". He would continue to appear in various events for the World Wrestling Federation, World Class Championship Wrestling, and World Champion Wrestling, often with Hulk Hogan. He was inducted into the WWE Hall of Fame's celebrity wing in April 2014.

Mr. T is known for his encouraging and positive material targeted towards younger audiences and children. For example, in 1984, he recorded a motivational video "Be Somebody… or Be Somebody's Fool!", in which he can be found giving advice to children, as well as singing and rapping. His 1983 NBC cartoon show "Mister T" was also targeted towards children. He has released two albums, "Mr. T's Commandments" (1984) and "Be Somebody… or Be Somebody's Fool" (1984) that use the same tone as his 1984 educational video, and encourage children to say no to drugs and stay in school. 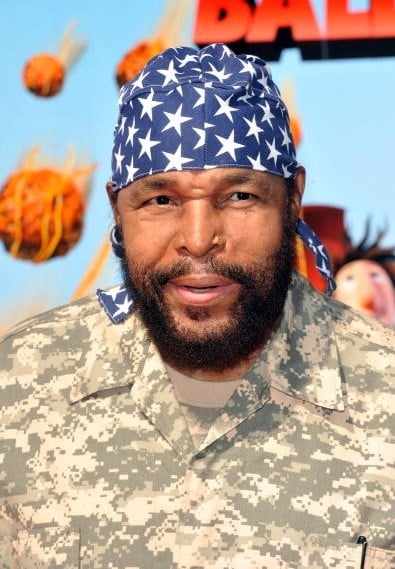 Despite being one of the most-famous actors in the 1980s, by the late 1990s Mr. T's career had largely gone cold and he found himself under extreme financial pressure. In 1998, in the midst of cancer treatment, he famously revealed his bank account had less than $200. At the time he told Entertainment Tonight:

"I'm probably broke. I've probably got $200 in the bank. I gave [my jewelry] to my family for them to sell, make money, whatever they want to do. Material stuff… You can only take it to the grave, not past the grave."

Thanks to endorsements with companies like Snickers, Fuze Ice Tea and a mildly resurgent career, Mr. T's finances have recovered from their late-1990s lows.

He stopped wearing all jewelry and gold chains in the wake of the 2005 Hurricane Katrina disaster, saying:

Mr. T married Phyllis Clark in 1971, and they have three children together: two daughters and a son. Mr. T and Clark have since divorced. In 1995, he was diagnosed with T-cell lymphoma. 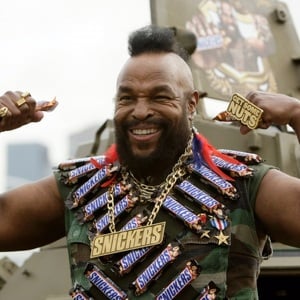