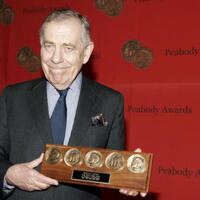 Morley Safer net worth: Morley Safer was a Canadian-born American news reporter and television correspondent who had a net worth of $25 million at the time of his death in 2016. Morley Safer was probably most famous for his work on the CBS evening news magazine program 60 Minutes. Morley Safer accumulated this net worth through many years in both print journalism and on TV. During his career he won 12 Emmys and three Peabody Awards. He worked 60 Minutes for 46 years.

Safer's career began in his native Canada, where he reported for various newspapers including the Woodstock Sentinel Review, the London Free Press and the Toronto Telegram. He also got jobs writing for English news service Reuters during this early phase of his career. Soon, Safer found his calling in television, getting a job as a correspondent and producer on the Canadian Broadcasting Corporation. From there, he quickly moved on to CBS, first as a London correspondent and then as the network's first correspondent in Saigon. It was during his time in the Saigon bureau that he filed a controversial TV report that depicted US troops in Vietnam torching a village that was ostensibly full of innocent civilians. It was one of the first TV reports that showed the bleak and untenable situation in Vietnam, and some credit it for stoking antiwar feeling in the United States (although it would still be several years before US withdrawal from Vietnam). Morley Safer died on May 19, 2016 at the age of 84.

Real Estate: Morley and his wife of many decades Jane Fearer owned two primary properties on the east coast. Their main home was 4,300 square-foot, two-story carriage house near Park Avenue which was acquired in 1996 for $2.2 million. For over three decades they owned a country cottage in the town of Chester, Connecticut. Morley's heirs listed this home for sale in September 2020 for $1.45 million.